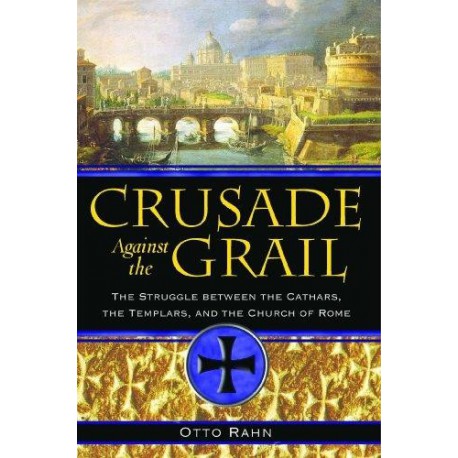 Crusade Against the Grail: The Struggle Between the Cathars, the Templars, and the Church of Rome - Otto Rahn

Crusade Against the Grailis the daring book that popularized the legend of the Cathars and the Holy Grail. The first edition appeared in Germany in 1933 and drew upon Rahn s account of his explorations of the Pyrenean caves where the heretical Cathar sect sought refuge during the 13th century. Over the years the book has been translated into many languages and exerted a large influence on such authors as Trevor Ravenscroft and Jean-Michel Angebert, but it has never appeared in English until now. Much as German archaeologist Heinrich Schliemann used Homer s Iliadto locate ancient Troy, Rahn believed that Wolfram von Eschenbach s medieval epic Parzival held the keys to the mysteries of the Cathars and the secret location of the Holy Grail. Rahn saw Parzivalnot as a work of fiction, but as a historical account of the Cathars and the Knights Templar and their guardianship of the Grail, a stone from the stars. The Crusade that the Vatican led against the Cathars became a war pitting Roma (Rome) against Amor (love), in which the Church triumphed with flame and sword over the pure faith of the Cathars.