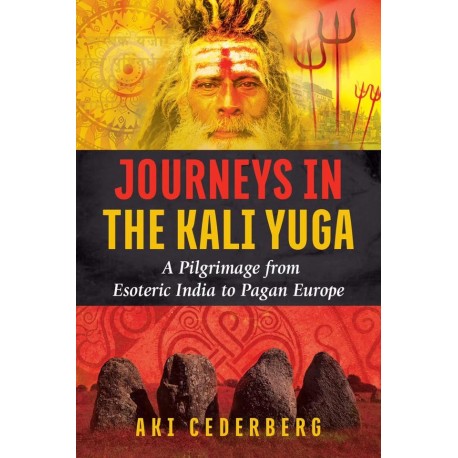 Journeys in the Kali Yuga: A Pilgrimage from Esoteric India to Pagan Europe by Aki Cederberg

A beautifully evocative account of one man s odyssey to discover authentic and unbroken magical traditions in the East and reawaken them in the West * Shares the similarities he discovered between the teachings of the Indian tradition and the Western traditions of magic, alchemy, and pagan pantheons * Introduces a wide cast of characters, including Goa Gil, the world-renowned guru of the Goa techno-trance scene, and Mahant Amar Bharti Ji, a raised-arm Baba, who for more than 40 years has held up one arm in devotion to Shiva Beautifully detailing his spiritual pilgrimage from West to East and back again, in the age of strife known as the Kali Yuga, Aki Cederberg shares the authentic and unbroken magical traditions he experienced in India and Nepal and how his search for a spiritual homeland ultimately led him back to his native Europe. Cederberg explains how his odyssey began as a search for spiritual roots, something missing in the spiritually disconnected life of the Western world. Traveling to India, he encounters the ancient esoteric order of mystic, wild, naked holy men known as the Naga Babas. Immersing himself in the teachings of the tradition, he receives an initiation and partakes in the Kumbh Mela, the largest spiritual gathering on Earth. He starts to glimpse resemblances and analogies between the teachings of the Indian tradition and the Western traditions of magic, alchemy, and pagan pantheons. After extensive traveling and immersing himself in the extraordinary world of India, Cederberg returns to his native soil of Europe. Traveling to holy places where old pagan divinities still linger in the shadows of the modern world, he dreams of forgotten gods and contemplates how they might be awakened yet again, reconnecting the West with its own pre-Christian spiritual traditions, sacred landscapes, and soul.