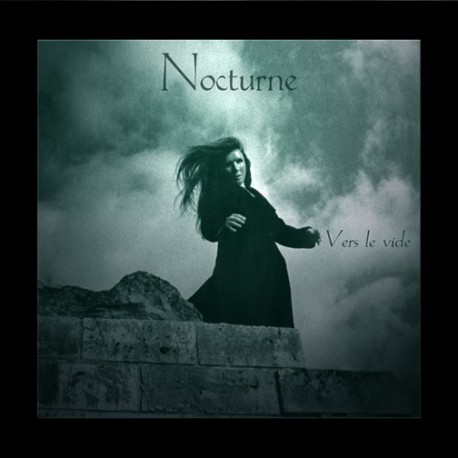 “Vers le vide” (Towards the void) a new album by Nocturne A patient work, careful over the smallest detail, perfectionnist in a word, made it possible for Saphi, (the man machine behind Nocturne) to gradually prune the elements hindering his musical singularity. I would describe the latter by evoking its subterranean nature, choked, as though it was refrained, and in which everything seems to have nearly difficulties to break through the surface of sound, requiring thus a deep, comtemplative listening. As a paradox, the universe we are in isn't for all that welcoming, nor even less alleviating. This is at first a music of rumbling, explosion, deflagration, muted threat, creating a feeling of tension that can't get to be solved, an atmosphere of imminent disaster constantly renewed. And yet, from this magma that bubbles with saturation, telluric electronic shocks and full drones, soon come to emerge more aerial forms _ sometimes sharper ones, mostly suggested rather than really asserted, arising and moving in evanescent ways. This orientates the tracks, in a measured yet indeniable way, to a new direction as the music evolves. With harschness and roughness, or in the contrary, overwhelming wideness as directing forces, then rise to the surface some more distinctly elegiac colors, which are very curiously melancholic and bear anyway some feeling of abandon ; hence, maybe, the general title given to this set of sixteen new tracks. A music thus embodying the unity of opposites, giving us to perceive a struggle between what's burrowed and what arises, between annihilation and the revelation of a hidden light, existing perhaps after all, beyond the void...