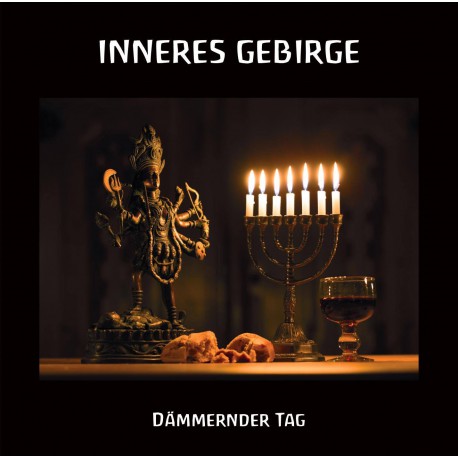 Five years after the release of their debut “Schlafender König”, "Dämmernder Tag" is the new album of the German Dark Folk project INNERES GEBIRGE. Being influenced by bands like Current 93 and older Death in June releases, it includes twelve nocturnal songs between mourning the losses of the past day and the longing for a new dawn. “Dämmernder Tag” is an outstanding opus with intense melodies, diverse arrangements and philosophical lyrics full of metaphors as well as the wisdom of the elder, that reveal the constant development INNERES GEBIRGE has undergone in the past five years. Dark folk for a dark age - listen and bathe your night face in Tabor light!