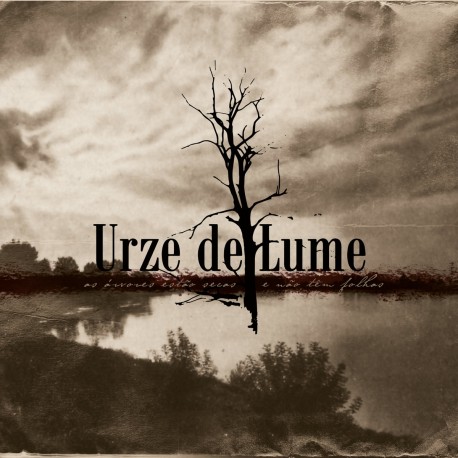 On their third album, URZE DE LUME turn inwards for a soothing journey which illustrates not only departure, but also homecoming, meticulously setting to music memories imbued with both nostalgia and longing.

On their third album, URZE DE LUME turn inwards for a soothing journey which illustrates not only departure, but also homecoming, meticulously setting to music memories imbued with both nostalgia and longing.

"As Árvores Estão Secas e Não Têm Folhas" is the second and final chapter of URZE DE LUME's ode to Autumn, in a follow-up to the acclaimed "Vozes Na Neblina" EP released in early 2017.

Although predominantly focused on guitar-based pieces, the leading role in "As Árvores..." is often taken over by the rebec, a bowed stringed instrument whose fiddle-like timbre brings forth an archaic, medieval-like, character to the album's instrumental canvas, which further expands on occasion to include wind instruments, discreet percussions and bagpipes. The intentionally minimalist aesthetics seem to match the beauty of bare trees to perfection, yet URZE DE LUME's use of multiple field recordings allows the hues of autumn to embed deeper into the music. Now and then, they turn also to narrated poetry to lead us further into the recesses of remembrance, urging the embrace of loss as one welcomes back nighttime, the cold, and a sense of void for times bygone that the arrival of Autumn inevitably brings about. This is the season where days start to run increasingly shorter and quieter, much like the lives of those to whom URZE DE LUME dedicates this solemn work.

Bonds to both Nature and tradition are at the heart of the band's rendition of Dark Folk, and both skillfully come together on this acoustic introspective incursion into life's ever-looming solitude.