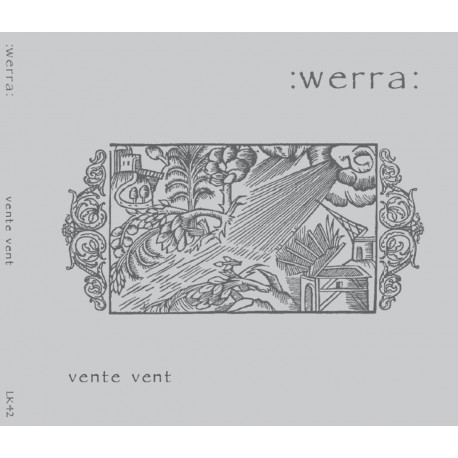 In March 2017 :werra: will bring a fresh gust of wind to the Neofolk scene with their new release “vente vent”. Six years after their debut “MMI-MMV” the musicians return with a full-length album that is interconnected by the motive of the wind of change.

The album is comprised of catchy tunes, driving melodies and dreamy songs. It stands in the tradition of its predecessor with both original lyrics and traditional poetry set to music. The band – which has grown into a trio since the debut – continues to bring new accents to traditional Neofolk. Especially the accordion adds more dynamic and depth while preserving the distinctive :werra: sound.