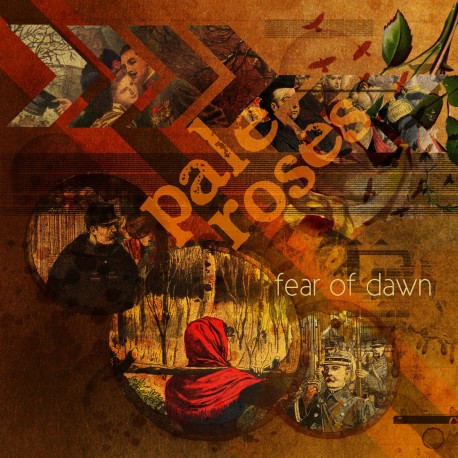 Debut album “Fear Of Dawn”, which is now being released by The Eastern Front, introduces ten new songs about war (“Are you ready (for total War)”, “Heroes’ Dawn” and “When the War is over”), melancholy (“Flow my Tears”, “Four Winters” and “Sol Invictus”, this one being a tribute to you know who) and the pagan roots of Europe (“Niflheim” and “Pagan”). Two reworked versions of traditional British ballads (“Lord Gregory” and “Two Ravens”) make the album complete. Pale Roses have done their maximum to keep the instrumentation minimal, stripped down to the core, free of all non-essential arrangements. However, slight variations between songs keep the album from being repetitive. Although Pale Roses are ready to pay their dues to the founders of the neo-folk genre (Sol Invictus, Death In June and Fire+Ice), it is not forbidden to also mention Nick Drake, Nico or Richard Thompson (but without the virtuosity) as influences