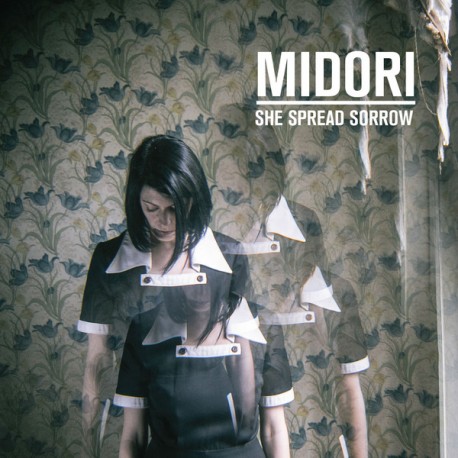 Midori is the third album by Italian artist She Spread Sorrow (Alice Kudalini). Midori tells a story, the escape from a harsh reality that becomes an echo of nightmares and visions, a house that is the scene of fear and anguish, a soul that is lost in pain to an epilogue of death and purification. The gloomy, intense, dreamlike sound, sometimes distorted, sometimes angelic is the soundtrack of a dramatic story, but also of relief. Duplicity is the key to this work. Death industrial with female vocals and ambient moments, more dilated, with sounds that also refer to a ritualistic horizon. Presented in a 6-panel digipak.