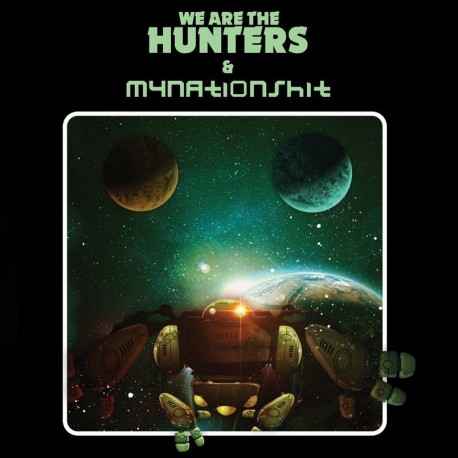 WE ARE THE HUNTERS & Mynationshit

he two projects Electro Music (WE ARE THE HUNTERS & Mynationshit) most interesting today, all together on a space travel...

We are the Hunters were born from the fusion of Sentrionaut and Synthembryo (Alonso Urbanos, Scumearth) . They are influenced by German electronics, experimental sounds, space synth, minimal synth, ambient, industrial... For this goal they began their way armed with a selection of analogue and digital synths, adding analogue DIY machinery, semi-modular systems and a clear influence of the science fiction that has been with us for decades, either in cinema, literature, soundtracks and, above all, electronic synth music created from the 70's, 80's and 90's

Mynationshit emerges as a musical project in 2007. It consists of one component to develop his musical interests through the use of synthesizers and drum machines. Mynationshit produces an electronic sound tha manages to recreate the dark environments with highly emotive melodies.