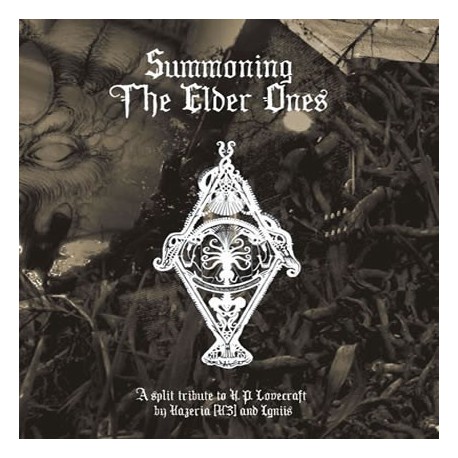 Summoning the Elder Ones was conceived by the two of us: Kazeria & IGNISS, and also shared with some friends. We wanted to express the visions, feelings, pleasures and fears that the magnificent opus of H.P.Lovecraft has provocated in our minds and spirits thru the years...

A work of epic proportions, with mystical ambience that immerses us in the unique cosmology of this fundamental writer. Martial, Dark Ambient, Dark Folk music, beautiful edition in cardboard sleeve, the CD includes a video