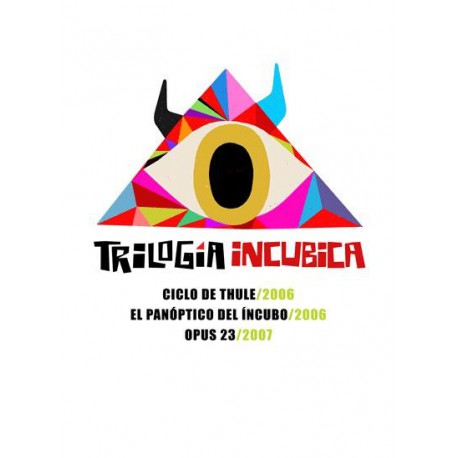 In 2006 begin the activities of INCUBICO, artistic movement created by Diego Arandojo and Sebastián Zurutuza. The principal motive is to join esthetic, philosophical and sociocultural elements that are related to a wide theoretical baggage.

The Incubism (mix of incubus + cubism) looks for the recovery of symbols, taboos and rather underground cultural currents that do not find an official echo in the established and domineering thing. In a sense, it’s a question of penetrating in the archetypes that sublie in the unconscious group of the cultures; the mythical thing and the universal thing.

In another aspect, it’s a projection to the nearby future enabled by means and formats. The technical capacities of the electronic and digital resources allow us to update today and tomorrow these topics that have an arcane declaration, but that essentially are constant and timeless.

Three audiovisual where are thrown to the secret and experimental search of the symbols, the horror, the fascination and the unknown face of our unconscious.

Art as rite. Magic and esthetics