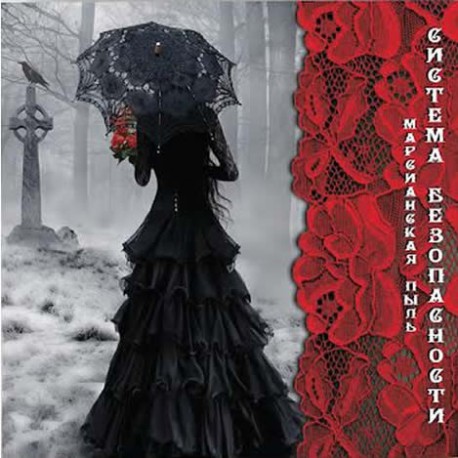 This disc from the Siberian neofolk act contains 8 tracks: the original planned 7" version, plus alternative versions of the same songs prepared for this CD. The title "Martian Dust" has several meanings and story lines. In black magic, it is the dust from cemeteries, soil from graves, ashes from crypts collected in a specific time under the influence of the planet Mars. This substance is one of the most dangerous, most energetically powerful, and thus used only for the most obscure rituals. On this premise, the album is soaked by mystical mood, filled with the occult and astral symbolism, decadent spirit and dark gothic aesthetics. This work has several key images. First - male - the image of a black magician, embodied in the charismatic and mysterious personality of Aleister Crowley. Second - female - appearing during the process of recording and becoming more evident, bringing mystique and romanticism, adding sensuality, tenderness and delicacy, manifested in visual images and artwork. Digipak.