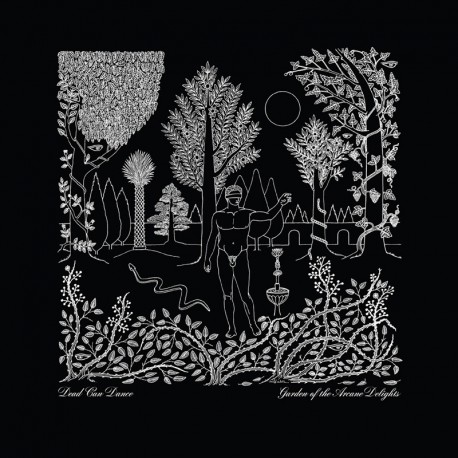 Garden Of The Arcane Delights is the only EP released by Dead Can Dance, coming out in 1984 and acting as a bridge between their first two albums. Its sleeve a sketch by Brendan Perry, depicting “primal man deprived of perception, standing within the confines of a garden containing a fountain and trees laden with fruit... a Blakean universe in which mankind can only redeem itself, can only rid itself of blindness, through the correct interpretation of signs and events that permeate the fabric of nature's laws.”

This new expanded version sees the EP faithfully pressed on to one piece of a vinyl at 45rpm with a second disc being added, compiling both of the band’s sessions for John Peel, recorded in the same time period.