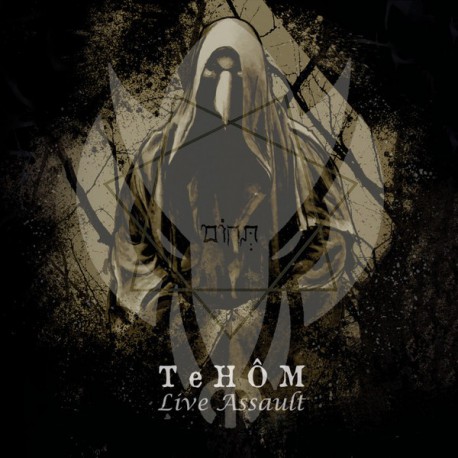 TeHÔM brought us a new album with live audio recordings of the performance at the well known and huge Brutal Assault Festival ("Keep Ambient Lodge") in Czech Republic on 12th August 2016.

It was recorded through a mixer as well as two microphones to capture the essence of the experimental live sound.
Vocals and special drone sounds are made with a tube instrument for this occassion and extra sounds are added in the live set.
Tracks are slower than the original album versions to give them even more sense of dense and organic ritual to the performance.

TeHÔM's music recalls visions of ancient cultures, evoked by hypnotic, abstract and organic soundscapes wrapped in ritualistic and esoteric atmospheres. It is almost orchestral electronic music filled with tribal sounds, also serving as an example for almost every kind of ritual.

The primordial flood of Chaos awaits to penetrate the innermost parts of your soul.

This edition comes presented in a 12" Picture LP with the bonus CD "Extra Assault" that contains extra and unreleased material only available on this set, a A4 printed sheet and a set of 3 postcards.