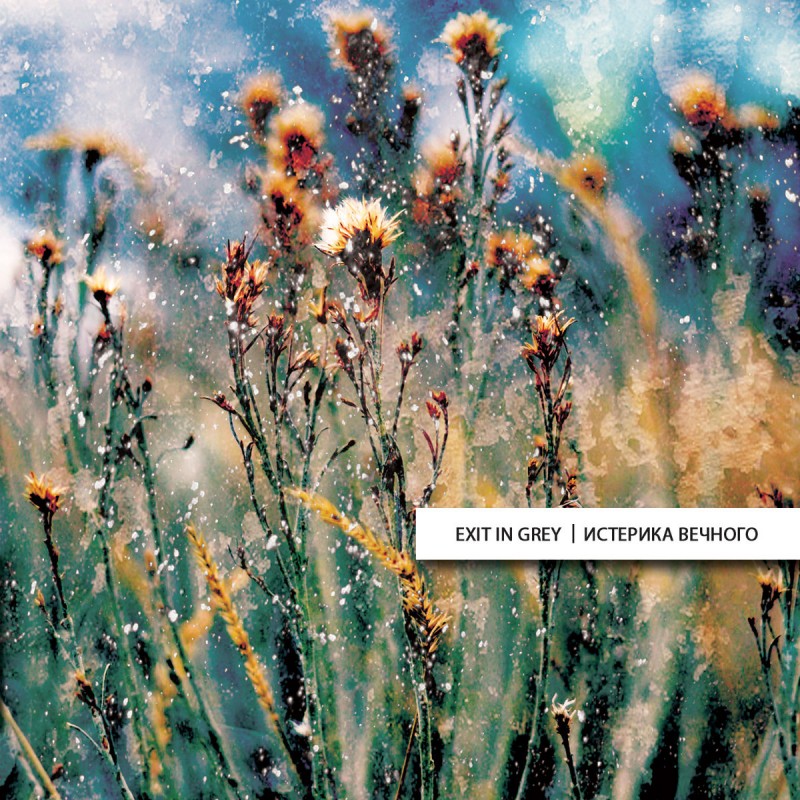 Radiowaves rustle, layers of ether interference whisper and an electric guitar carefully draws gentle tonal vibrations… The new album by Exit In Grey is indeed largely based on sounds of radio noises, so close to our heart. Although of course this is not a noisy work but rather oneiric, contemplative, shimmering… In two multilayered 20-min long collages we can hear the elements of nature and man-made objects, fragments of random radio interceptions and melancholic guitar parts piercing dark space with its bright emotionality.

The material was recorded by Sergey [S] in March 2011 and mastered by Oleg Hurvatov (Interior Disposition) in 2016. Co-release with Zhelezobeton (St. Petersburg, Russia) - zhb.radionoise.ru.

English title: "Hysterics Of The Eternal".