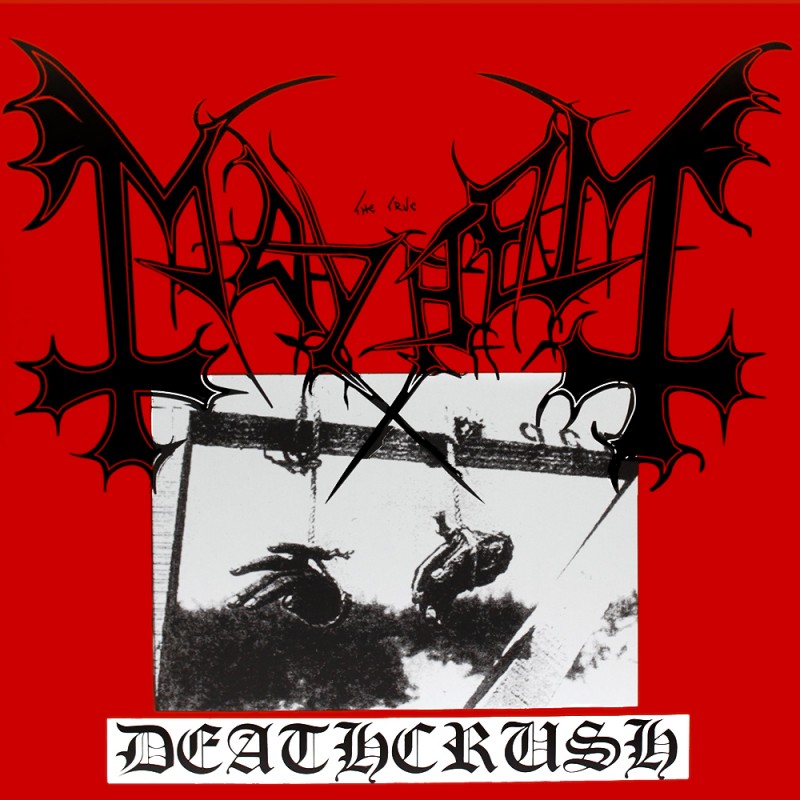 Repress of Mayhem - Deathcrush.
This version is probably from early 2000s. A version with similar matrix code, but different barcode also exist.

This mini album is dedicated to Metalion of the mighty Slayer Magazine.