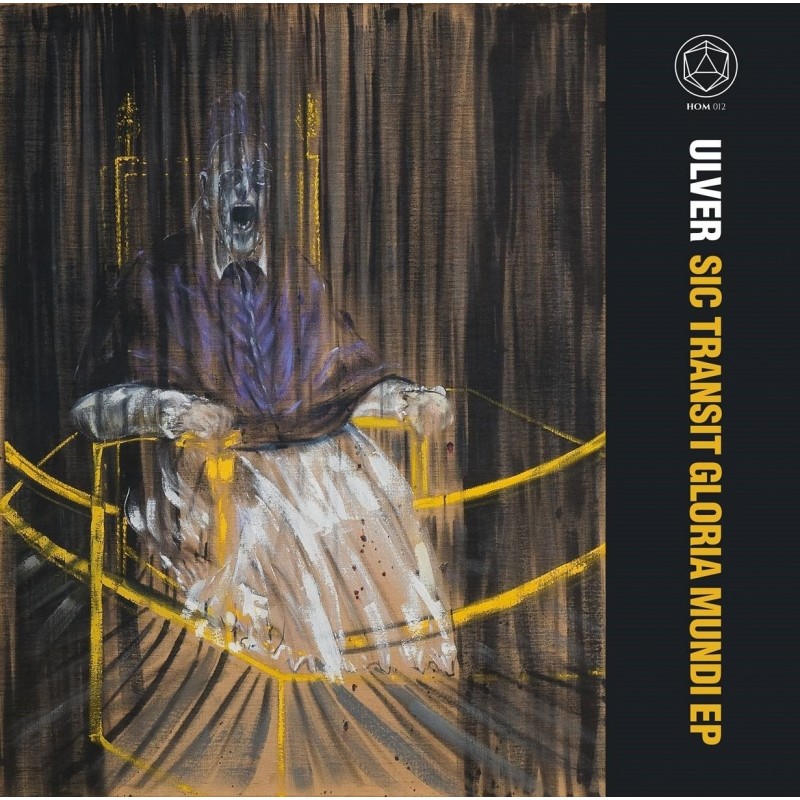 Ulver - Sic Transit Gloria Mundi EP The sad remains from our Caesarean banquet. Two songs we kind of left on the drawing board but resumed work on this summer. Additionally, a cover of a childhood favourite – one we actually started some twelve–thirteen years ago – from the time we first started thinking about making “pop” music. This EP was finalized in our new studio in the old town of Oslo in September, and sent off to Youth's (Martin Glover and Michael Rendall) in London in October, for imperial sound quality. Mastered this week by The Bricoleur. Cover shows Francis Bacon's Study After Velásquez's Portrait of Pope Innocent X (1953), used with kind permission of Des Moines Art Center. Design by Paschalis Zervas, +wolframgrafik.
Ulver, The Colony Room, November 11 2017

Tracklist:
1. Echo Chamber (Room of Tears)
2. Bring Out Your Dead
3. The Power of Love (Frankie Goes to Hollywood)