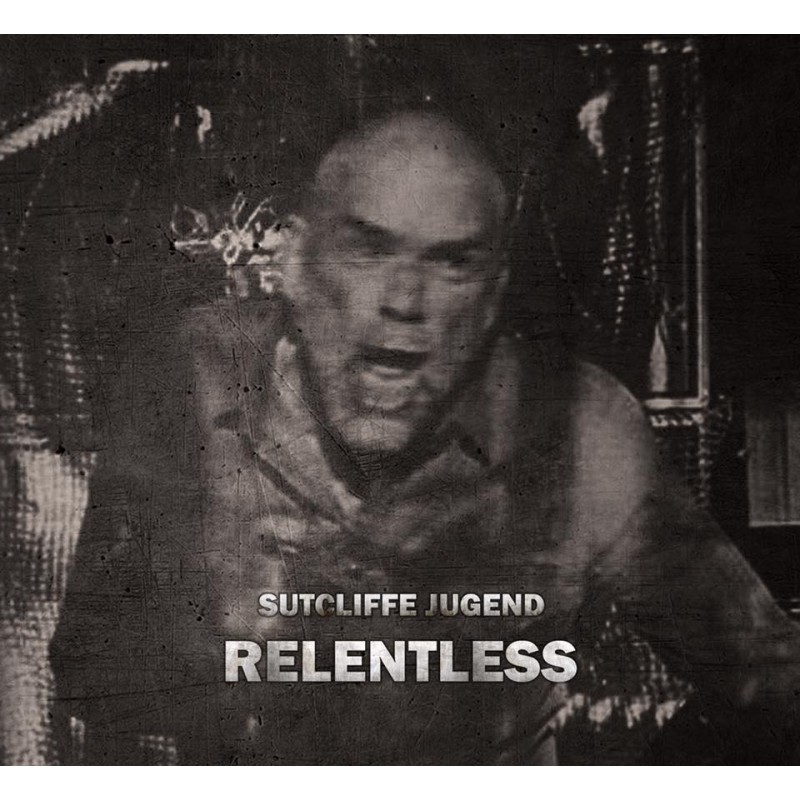 After the announcement they are no more, the final Sutcliffe Jugend recording is ‘Relentless’. Approximately four hours of ecstatic extreme expressionism. Do not file under easy listening. It’s brutal, violent unforgiving and unapologetic art. It is definitely not for the average noise or industrial music listener. A brutal and violent unjust world makes for brutal, violent and some would say ‘unjust’ art. We say let the world see itself before it drowns in its on shit.

With the exception of two tracks ‘Relentless’ was recorded in five sessions primarily using analog synthesisers, guitar and vocals. Part written, part improvised the aim was to capture the relentless intensity of their incredible late period live shows.

These are the last scheduled studio recordings of Sutcliffe Jugend, testing the listeners and indeed their own endurance limits. After this release there is nowhere else left to go. Kevin pushes his voice to the limit one more time and Paul matches him every step of the way. Both using their standard live set up plus three analogue and one digital synthesiser, the musical interplay is as brutal and vicious as ever, perhaps even more so. This is the sound of a band not going quietly and collapsing in on itself, they clearly new they only had a short time left. You have been warned, ‘Relentless’ lives up to its name and it’s intensity has no equal. ‘Relentless’ is clearly not for the faint hearted.

Do not miss out on this limited edition 4CD Digipak release. It’s an experience like no other. As Kevin screams on the opening title track, ‘THIS IS FUCKING RELENTLESS!’

The circle is closed.