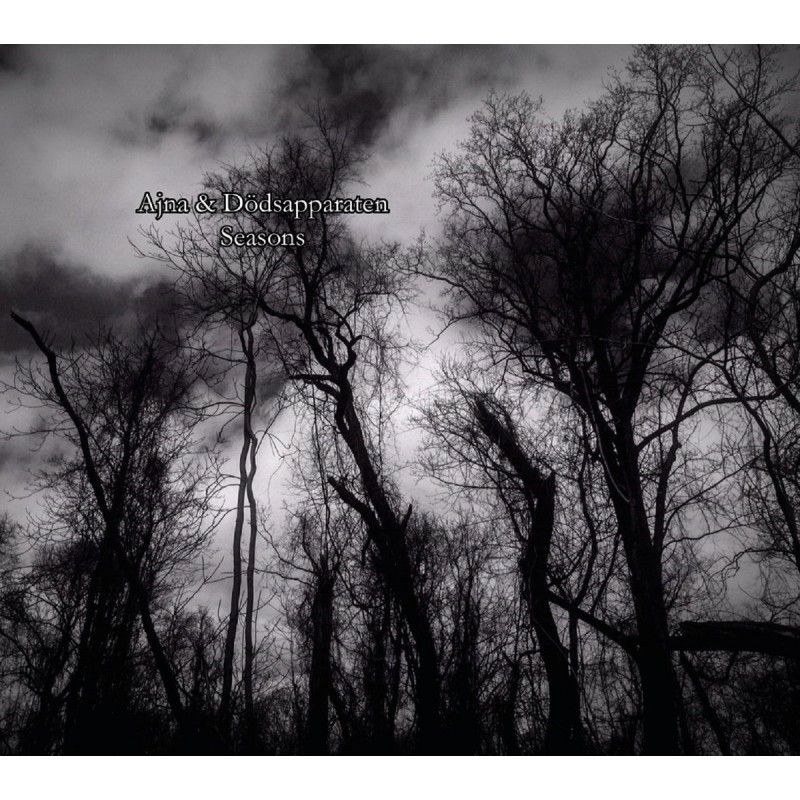 Limited edition of 200 copies in a 6-panel digipak.

After releasing "An Era of Torment", Cyclic Law caught up with Ajna and published it´s latest, and by far, most experimental album "Lucid Intrusion" (Chris F's prime work up to this date). Not stopping there, Cryo Chamber invited Ajna to the V/A "Tomb of Ordeals".
We're happy that our former artist's future is brighter than ever as well as we're pleased to see him return to the label.
The new release on Reverse Alignment entitled "Seasons" is a cooperative work with fellow musician David Bengtsson, aka Dödsapparaten. He's also known as IOK-1, Tarmskrap and from his work together with Manifesto as dB/Mz.
"Seasons" form a synthesis of Ajna's murky isolationism with Dödsapparaten's harsher industrial expression making way for a musical story that highlights the darker sides of life. Ultimately being a dedication to a lost friend.