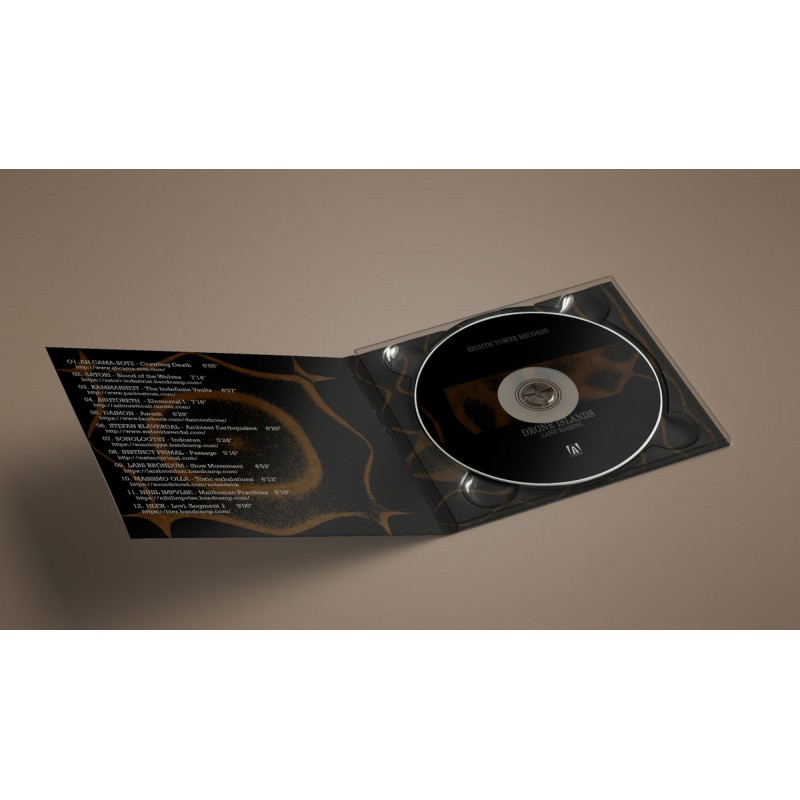 Pitchfork Media and Allmusic journalist Mark Richardson defined drone music thus: "The vanishing-point music created by drone elders Phill Niblock and, especially, LaMonte Young is what happens when a fixation on held tones reaches a tipping point. Timbre is reduced to either a single clear instrument or a sine wave, silence disappears completely, and the base-level interaction between small clusters of "pure" tone becomes the music's content. This kind of work takes what typically helps us to distinguish "music" from "sound," discards nearly all of it, and then starts over again from scratch."

Since LaMonte Young early experiments till today, drone music has come a long way. Eighth Tower Records is proud to present an anthology featuring 12 projects from artists who work on classic and new stimulating paths for the drone music