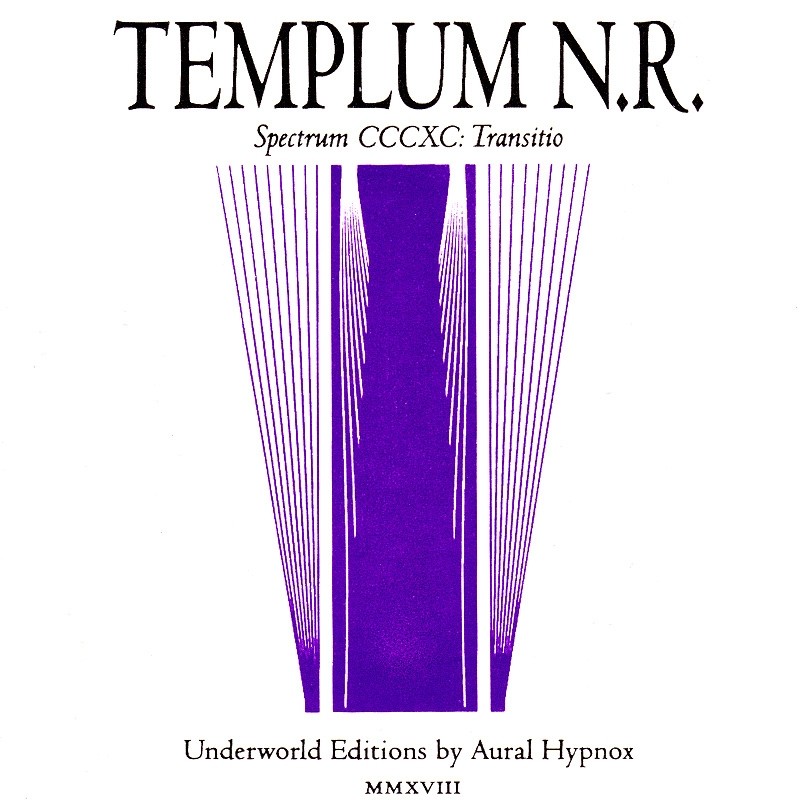 This is the very first official release of Templum N.R. The work was initiated already back in 2005, but it was not until February 2015 that the final touches were given in the secret Chamber 817.07., built on archaic crossroads.

The musical and visual material of Templum N.R. comes from the very depths of the Templum members; their travels in the Spheres of Otherness are presented in ‘Spectrum CCCXC: Transitio’ through obscure electronics, synthetic drones, odd rhythmic patterns, pulsing melodies and various manipulated field recordings dating back over a decade.The intention of these two, long-lasting psychedelic movements is to travel deep inside the subconsciousness and foster understanding of the Formless Sacrifice. Where this work resounds, the Otherness is unleashed. A meeting with the Guardian of the Veil awaits.

The album is enclosed in a customised and screen printed Sublunar series cardboard covers, including four two-sided insert cards. Limited to 300 copies.