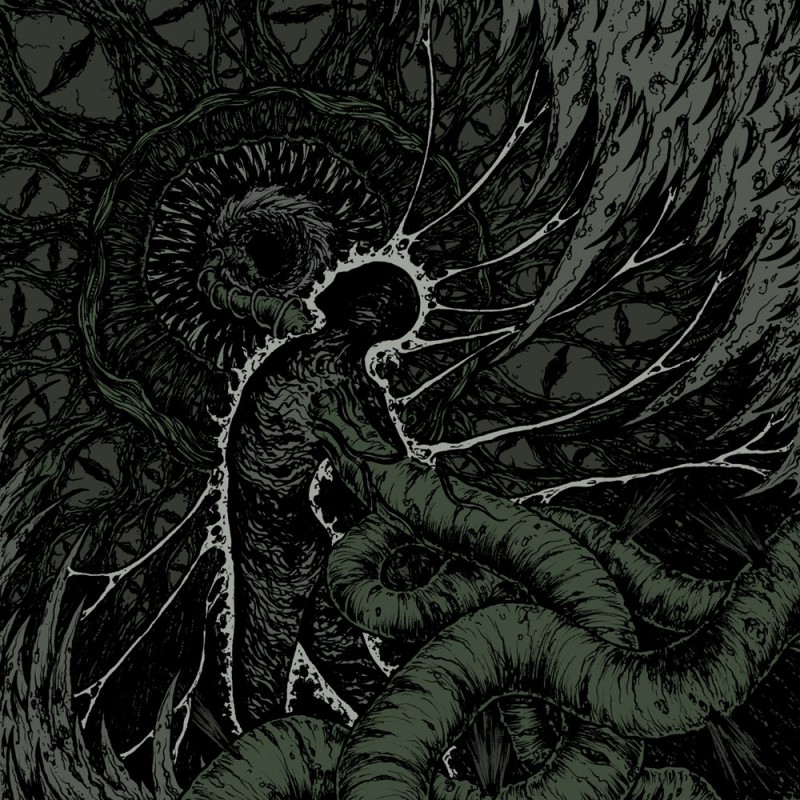 Following the vinyl release of Ill Omen’s second album, “Enthroning the Bonds of Abhorrence,” earlier this year, NWN! is proud to present another new offering by Ill Omen, one of the most consistently intriguing bands active today. The enigmatic multi-instrumentalist and sole member of Ill Omen known only as IV recorded “Remnant Spheres of Spiritual Equilibrium” in September and October 2012 and released it on his own label, Abyssic Commune, in early 2013. Originally a tape-only release featuring artwork by Antediluvian’s visionary, Haasiophis, the 50 copies that were made quickly dissipated; however, the quality of the work commanded wider distribution. The 37-minute album maintains a cohesive focus both musically and thematically. It is, according to IV, a “concept recording broken into four movements, but intended for consideration as a single opus.” The lyrical nucleus of the album is, in IV’s words, “an exploration of complete and utter spiritual demise.” The music on this recording is mostly slow to mid-paced, set within the uncomfortably harrowing territory between Black Metal and Funeral Doom. The atmosphere is lush, but bleak, exuding a palpable sense of spiritual anguish. Listening closely, one hears within the folds of the densely woven sonic fabric the frayed threads of consciousness coping with the decay of the spirit – the torturous and irremediable collapse of the vaulted chambers of the soul. Mastered specifically for vinyl by BR (Grave Upheaval/Temple Nightside), the sound is spacious and resonant, conjuring the forlorn sensation attendant to profound solitude. The flawless integration of the production with the superb character of the songwriting renders “Remnant Spheres of Spiritual Equilibrium” one of the most mesmerizing and hypnotic Ill Omen recordings to date. To further distinguish this vinyl release, IV enlisted artist Yag Mort to create new cover artwork.