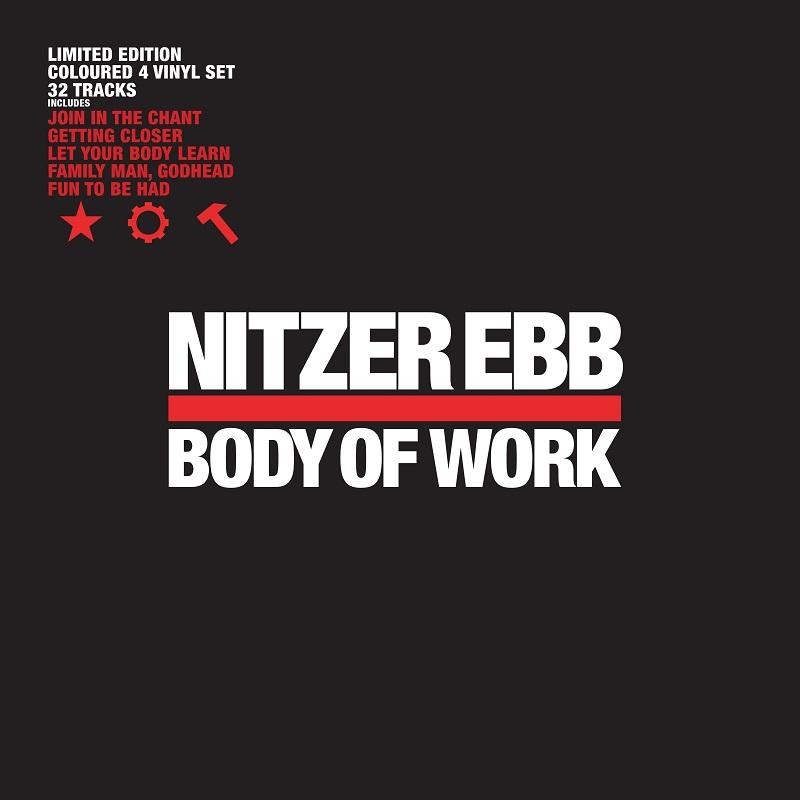 "Once overlooked, recent years have seen dancefloors from Hull to Berlin’s Berghain shake to ‘Join in the Chant’ and ‘Murderous’ as the likes of Helena Hauff, Objekt, Perc and Optimo’s JD Twitch have used the brutal functionality of the Essex group’s pop to juddering effect." – Luke Turner, The Guardian

NITZER EBB and Mute have announced details of the first in a re-release campaign of the band’s catalogue on vinyl and CD that will cover the world outside North America. Body of Work, a compilation originally released in 2006, will be available for the first time on vinyl on 8 March 2019, as a limited edition 4-piece set on red and white vinyl.

Recently named one of the “most influential artists in music today” by the Guardian in 2018, the recently made a return to live performance with the original line up of Bon Harris, Douglas McCarthy, David Gooday and Simon Granger, performing to sold out shows in London and Berlin at the end of last year. The band have announced several dates for 2019, in Germany, Belgium and at the Infest festival in the UK in August – with more dates to be announced.

Isn't It Funny How Your Body Works
Warsaw Ghetto
Murderous
Let Your Body Learn
Join In The Chant
Side B.

Fun To Be Had
Getting Closer
Family Man
Come Alive
Side D.

I Give To You
Godhead
Ascend
Kick It
I Thought
Side E.