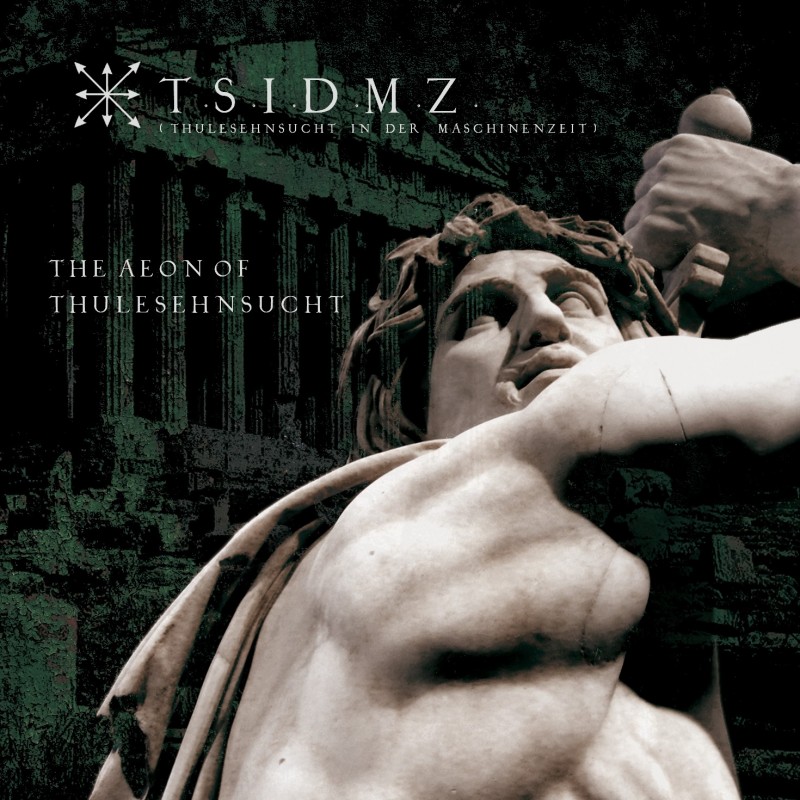 The Aeon Of ThuleSehnsucht is not only the best of 12 years, it’s a journey through the best songs of TSIDMZ, revisited tracks and new songs, it is a panorama of the different collaborations carried out and the different styles touched over the years.

This record, as well as the soul of the project, is a vision that blends Futurism and Tradition, Eurasian/Hyperborean visions and Post-Atomic scenarios.

T.S.I.D.M.Z. (ThuleSehnsucht In Der MaschinenZeit), born and conceived between 2002 and 2007 (the year when it was first produced), is an Italian project of Electronic music with Futuristic, Hyperborean and Martial attitude that takes inspiration from various genres within the field of Industrial, Popular and Traditional Music. In both music and themes, the purpose is to be as eclectic as possible while remaining faithful to the aim of the project. For this reason the project has always been involved in collaborations with other musicians, including split-cds, guest musicians, shared projects and collaborations on tracks and songs.