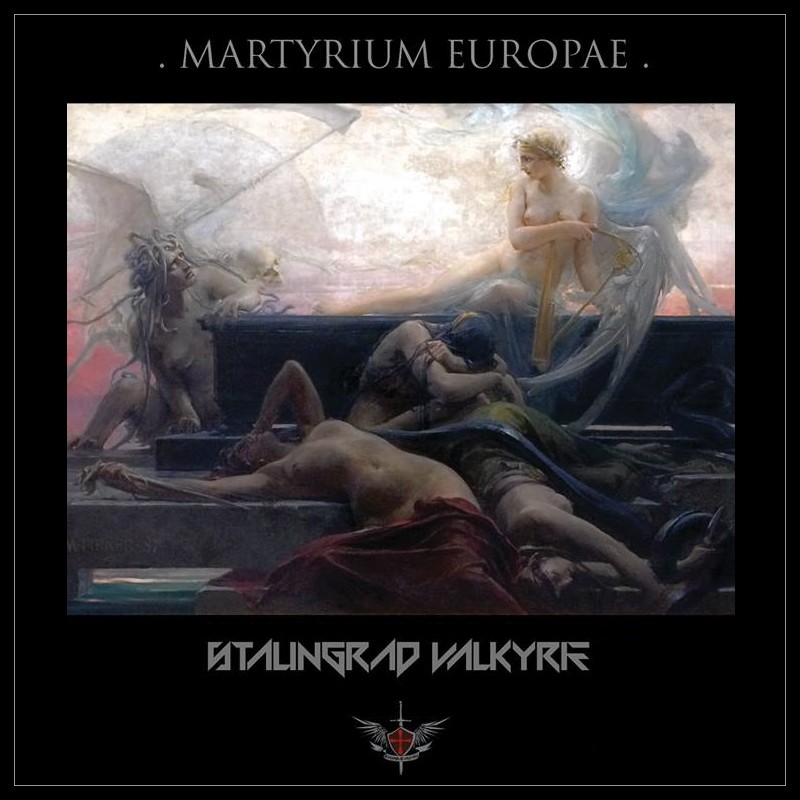 Stalingrad Valkyrie is a project created around 2000 by Kirlian Camera's leaders Elena Alice Fossi and Angelo Bergamini. The album "Martyrium Europae" comes out after a long absence of the duo from the industrial/neofolk musical scenes, since the first LP is dated 2002 and shows the name "Stalingrad", an acronym that was later converted into Stalingrad Valkyrie (or simply SVK), due to the fact that there was already a musical group wearing the same name. No problem, because the combination of names that today signs the band's musical work sounds even better than before, appearing in fact more complete. The new work shows the most dramatic side of Elena Alice and Angelo, so the sound drives to very symphonic, neoclassical tones, with highly industrial and powerful raids. A true counter-current saga, which couldn't care less of the mainstream trends dictates. The return of the duo - assisted on stage by excellent collaborators - was greeted with an ovation in Leipzig / Germany, late 2018. The album tracklist includes brand new songs, which have already sparked the joy of many fans, during the rare SVK concerts, showing off Elena Alice's great talent, both as singer and composer (not to be forgotten that she was personally trained by Oscar-winner Ennio Morricone's most famous and acclaimed vocalist ever: lady Susanna Rigacci in person! And such a prestigious heritage sounds clear when one gets acquainted of Elena Alice Fossi's way to compose...) “The best work ever made by the two anomalous rebels”, according many industrial/grey area/neofolk listeners, not to forget the neoclassical music lovers. Hard to tell, as the style of SVK doesn't sound that similar to the Kirlian Camera mother-project, but one thing is flashing sure: hardly anyone, nowadays, is able to create such an intense musical atmosphere, filled with heartfelt feeling and real emotions as demonstrated in this "apocalyptic” album, which seems to be a glorious, mournful and proud funeral chant of a noble culture that refuses to surrender, against all odds. On the other hand, as Stalingrad Valkyrie themselves always like to defuse with their glamorous humour... this is nothing but “Pompous, shamelessly uncool, heartfelt b-music”!