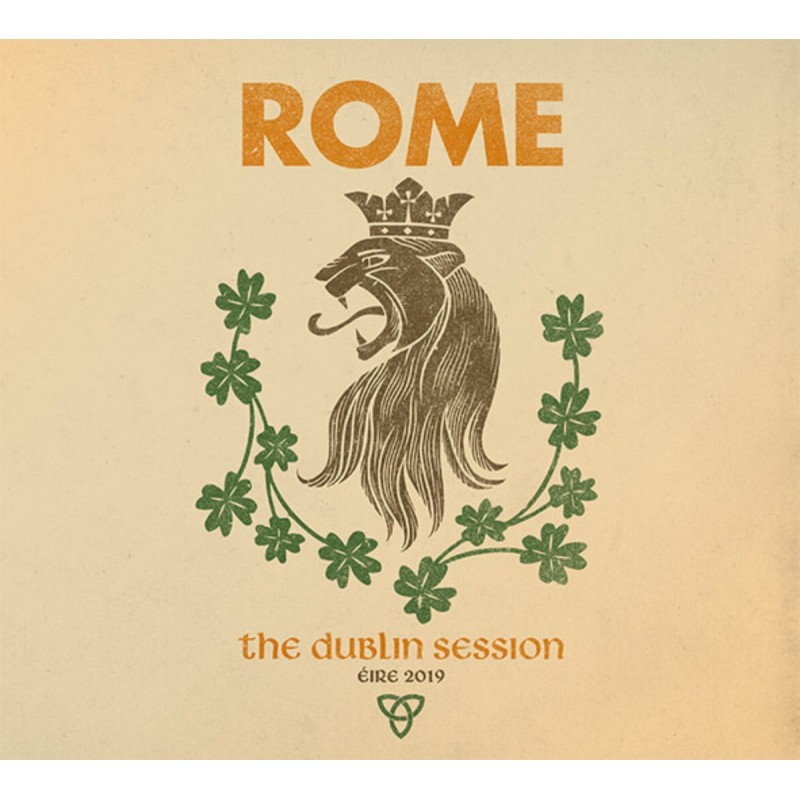 Released in a 6-panel Digipak with a black tray (middle panel) and a tube pocket (left panel); includes a 16-page booklket with lyrics.

In May 2019, Jerome Reuter spent some quality time among friends in Dublin and ended up recording a selection of several new and gripping folk compositions. During these stout- fueled sessions, local talents were quickly recruited to join in the fun and to give the tracks the necessary Irish grit with traditional instruments such as banjo, bouzouki and uilleann pipes.

The tracks this motley band cut in Dublin’s legendary Sonic Studio are all completely new and unreleased songs that combine elements of the traditional world of Irish folk music and its up-beat feel, with ROME’s rather sombre contemporary songwriting and sentiment. The almost danceable “Antenora” and “Holy Ennui” stand out as catchy sing-alongs, whereas songs like “Slash ’n’ Burn” and “Vaterland” showcase ROME’s unique brand of European proto-folk tradition.

A special appearance on the haunting ballad “Evropa Irredenta” is delivered by Sweden’s Superstar THÅSTRÖM who has already collaborated with Reuter on the song “Stillwell” of the 2016 album “The Hyperion Machine”.