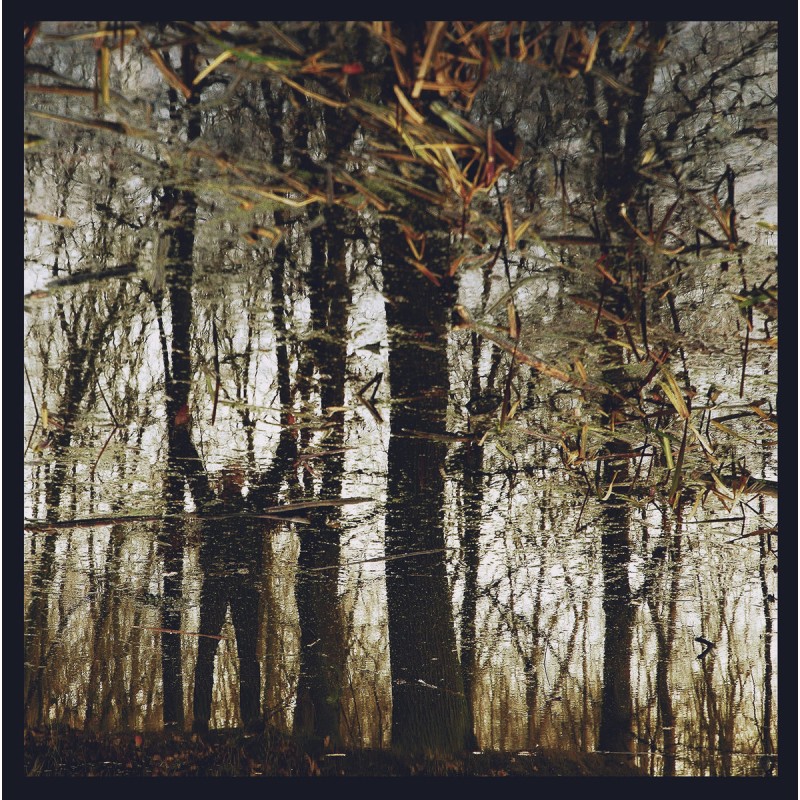 Very deluxe limited edition release comes in clear-brown-smoked vinyl and gatefold cover with spotvarnished elements and printed innersleeve.
„On a sunny Friday in September many years ago three girls went into a large forest in northern Germany to pick berries and herbs. They never returned.“

Welcome to the realm of Apoptose’s „Bannwald“, an album full of witchcraft, spells and ancient goddesses. Here nothing is as it seems and reality is covered by a thick layer of autumn foliage. Bannwald was originally released on CD in the year 2010. In the years to follow the album gained a huge following amongst fans of darkambient music.

Apoptose celebrate the 10 year anniversary with the first ever vinyl edition of this long sold out masterpiece. But this is not just a simple rerelease. Apoptose remastered the sound so that you experience the girls‘ path into the woods and hear their voices whispering among the trees…

Beyond that the artwork and packaging invite you to immerse yourself in Bannwald’s green twilight of rustling leafs and crackling twigs: the grooves are pressed in forest-lake smoked vinyl which is protected by a printed inner sleeve. On the outside a spot-varnishing adds a tactile quality to the iconic artwork of the foldout cover. This LP is limited to 300 copies.

The German term „Bannwald“ bears a double meaning: on one hand it stands for a protected woodland where nobody is allowed to cut trees or even to enter. On the other hand »Bann« is an ancient word for ban or spell.