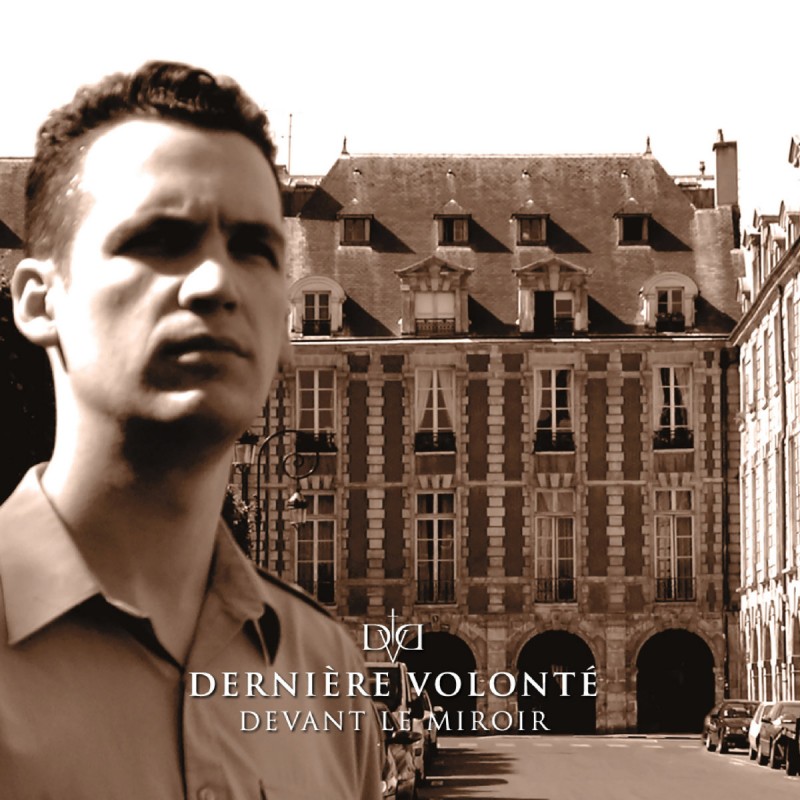 the third full-lenght album by the french masters of military pop, more gloomy than ever before.

First released in 2006 comes now re-mastered and with new coverartwork.

Derniere Volonte is an artist that has been evolving over the years, starting from 1998 with the thematic limited cassette release, Obeir et mourir which was an historical snapshot of a particular place in time.

However, in the millennium the level of standards were raised with “Le Feu Sacre”, which brought us a stylishly dramatic mix of rhythmic drumming and keyboards, and of course those very French vocals. The environment that formed without relying on the tricks of the trade is what really piqued my interest. The beauty of this particular release lay in its simplicity and originality.

“Devant le Miroir” is by far the most polished of Derniere Volonte’s works that time. “Au Travers Des Lauriers”, which is an adaptation of the popular song “Malbrough s’en va-t-en guerre” which has been attributed to many situations over the years. Perhaps this time for an unknown soldier, but this is the Derniere Volonte version, a driving percussive piece with dulcimer and tambourine.

Overall, this release is a culmination of everything that has come before it, it can be called martial pop at times as well as hinting at neo classical, nothing short of brilliance here. Derniere Volonte has carved out their own particular niche in this particular field of music, gratefull...