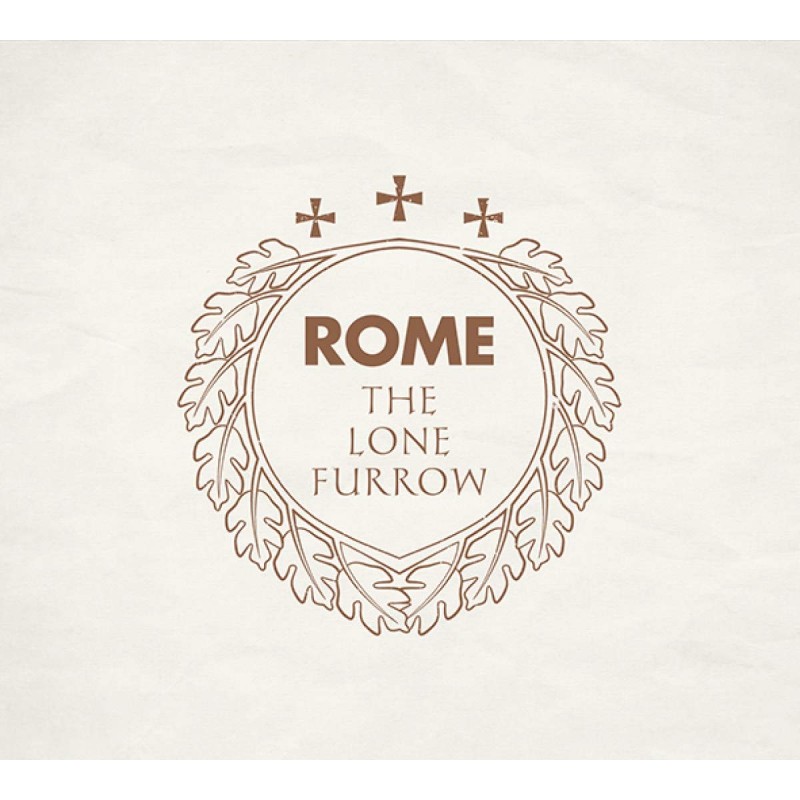 This is the Standard CD edition that comes in Digipak with Booklet.

Following on from the universal acclaim of their latest LP “Le Ceneri di Heliodoro”, Rome releases one of the most impressive releases in its prolific career of 15 years.
"The Lone Furrow" is the logical culmination of all of Rome’s previous endeavours, a brilliant and patient demolition of the despiritualised modern age, timeless in its critique of man’s greed and the deliberate desecration of beautiful things.
Most notably is the guest appearance of Behemoth’s Adam Nergal Darski on the seminal "The Angry Cup", on which Nergal not only performs lead vocals but adds an intriguingly brutal Polish incantation. Further guests are Joseph D. Rowland of US-doom band Pallbearer, J.J. of Austria’s Harakiri For The Sky, as well as Laure Le Prunenec of metal-opera act Igorrr, who delivers the phenomenally eerie layered vocals on "Palmyra".
At the centre of these songs we find the individual mediating between a sense of history and an experience of the world.