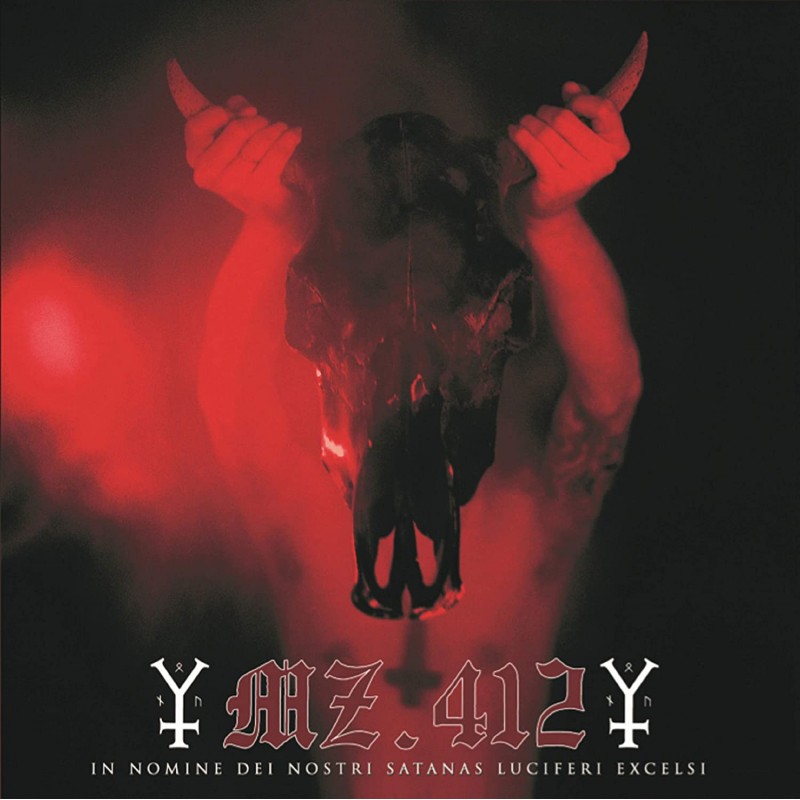 While many hail the follow-up Burning the Temple of God as MZ.412's greatest and most influential work, it was In Nomine Dei Nostri Satanas Luciferi Excelsi where this Swedish collective shifted their aesthetic toward what would eventually shape the "black industrial" subgenre. Here, mulching tones of mangled guitar and electronics course through terrifyingly tribal, ritualistic rhythms, creating an atmosphere of mechanistic, dystopian collapse. Within, dislocated and desicated voices of "humanity" are sonically slaughtered and serve as eerie counterpoint to the ever-tense pulse the album drives deeper into the helpless listener, holding him/her in thrall.

Setting the course for the rest of MZ.412's justifiably legendary work, In Nomine Dei Nostri Satanas Luciferi Excelsi was starkly and strikingly unique upon its initial release. Like the very bowels of Hell bursting upward - slowly, menacingly - through the long-unused smokestacks of rotten, derelict factories, MZ.412's In Nomine Dei Nostri Satanas Luciferi Excelsi is an experience like no other, a world unto itself...and one that eventually consumes the listener.

Rekorded March-December 1994 in Nar Mattaru.
Released on 180 g vinyl in a gatefold cover