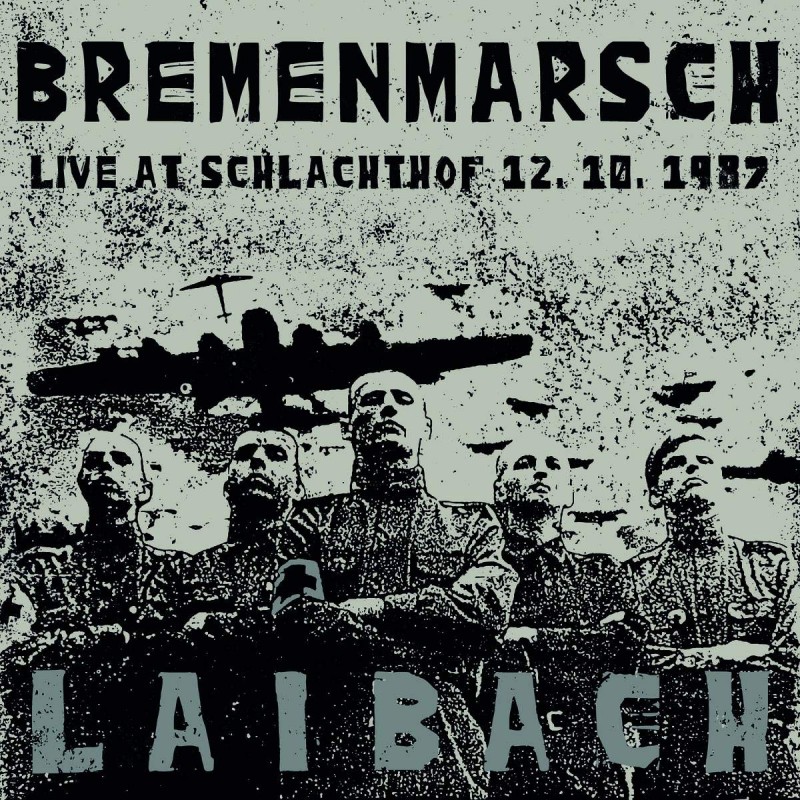 The present recording of Laibach's concert performance in Bremen on 12 October 1987 needs to be placed in a broader context in order to understand the importance of this historic document. 1987 was one of the more intense years for Laibach in the first decade of its existence. That year, after an almost five-year ban in Yugoslavia – during which time it had to operate illegally – the group was legalized again, so in February they first performed a sold out ‘return concert’ in Ljubljana, and soon after went on a European tour with 40 concerts, including a concert in Bremen in the second half of the tour. Meanwhile, in the same year, they released their iconic singles Geburt einer Nation and Life is Life for Mute Records, as well as the album Opus Dei, and recorded the second part of their John Peel Sessions at BBC Studios. In addition, they released a double album on Walter Ulbricht Schalfollien / Sub Rosa Records, with music for the play ‘Baptism Under Triglav’, subtitled ‘Klangniederschrift einer Taufe’. Laibach also continued to collaborate with the renowned eccentric British choreographer and dancer Michael Clark that year on his play ‘No Fire Escape from Hell’, to which they provided live accompaniment for thirteen performances in Europe and the US in 1987 alone. Equally intense was the collaboration with Peter Zadek and Wilfried Minks on Shakespeare’s ‘Macbeth’ at the Deutsche Schauspielhaus in Hamburg, for which the band prepared music and performed fifteen shows. The solo concert at Hamburg’s Deutsche Schauspielhaus took place just a day before the performance at Bremen’s Schlachthof. The recording of the concert in Bremen is therefore a valuable document that authentically conjures up the atmosphere at Laibach's concerts at the time, with all the intensity of the ‘barbarogenic’ energy of sound and body (art) action.