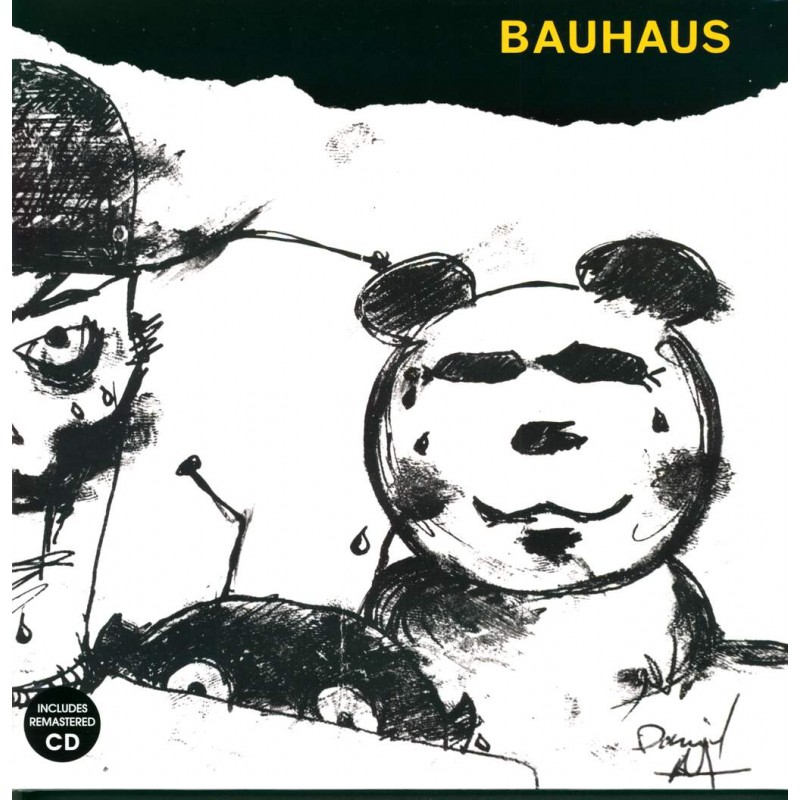 Mask is the second studio album by English post-punk band Bauhaus. It was released in October 16 1981 by record label Beggars Banquet.

Bauhaus expanded their style a bit on Mask, particularly by incorporating keyboards and acoustic guitar on songs such as "The Passion of Lovers", and funk rhythms and saxophone on tracks like "Kick in the Eye", "Dancing" and "In Fear of Fear".

The album cover is a drawing by guitarist Daniel Ash. The original artwork for the album was a gatefold sleeve with blue text on the inside and a stark black-and-white image of the band. On later editions this inside was replaced with white text and a montage from the promotional video for the song "Mask".