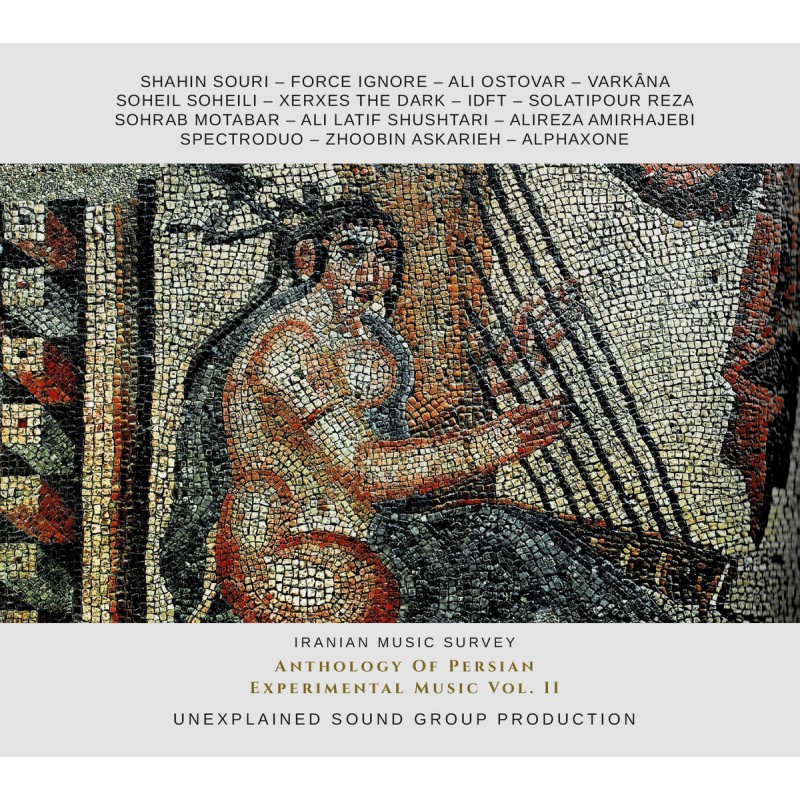 The second volume of the “Anthology Of Persian Experimental Music”, following the first released in 2019 by Unexplained Sounds Group, and a digital-only release in 2016, is testament to how the alternative, experimental and ambient music scene in Iran continues to be one of the most vital and creative in the world. By including new and unknown musicians, as well veterans, who weren’t present in the previous compilations, we have tried to give a wider picture of the contemporary and alternative music scene and its continuing evolution in the country "Raffaele Pezzella"

Music is imprinted into Persian culture pre-dating Islam by more than 1400 years. By the time of its arrival in Iran in the 7th century, Persians had already developed the core of the theoretical framework of music of Middle Eastern origin still valid to this day. The 12th Century represented a point of departure as Sufism penetrated Persian culture and poetry became intertwined with music. By surveying avant-garde music in Iran, Unexplained Sounds Group has made a deep incursion outside “western culture” into a highly fertile ground. Not surprisingly, this journey has been handsomely rewarded. The compilation consists of high quality tracks where we found a wide range of unique voices and compositional styles resulting in a mature body of work. Upon listening to these remarkable artists you are left wondering if there is a better cultural fit than Iran for experimental music to develop outside the west.