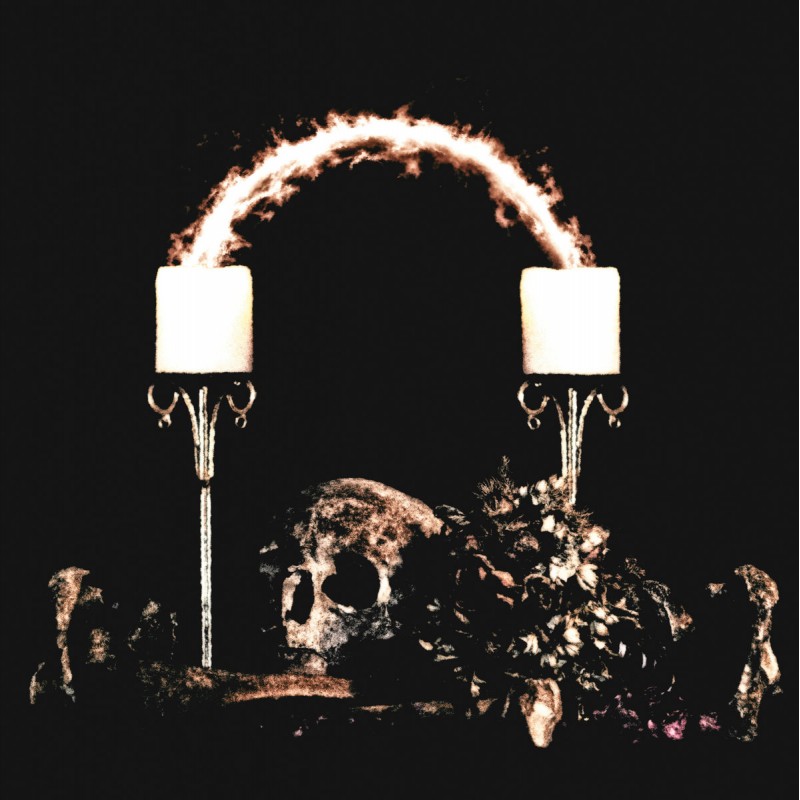 Spanish ritualistic industrial sorcerers BLACK EARTH return with "Gnarled Ritual of Self Annihilation" - a sophomore full-length LP of unreal cinematic sonic disembodiment, conceived with the aim of turning the listener into a sacrificial centrepiece to a surreal ritual nightmare. Following in the steps of their debut LP "A Cryptic Howl of Morbid Truth" and of their followup mini-album "Diagrams of a Hidden Order", on "Gnarled Ritual of Self Annihilation" Black Earth further refine and sharpen their horrific sonic blade, slicing through shadows and darkness with more skill and mastery than ever before to reveal a dimension beyond of incomprehensible ritual abandon. As they first weave and then slice and dissect their impenetrable veil, a sonic ritual of abject disfigurement begins to take shape before the listener, as the strokes and gashes of black metal, industrial, noise and ritual drone intersect erratically and hypnotically, painting an hallucinatory arabesque of absolute dread and deformity. As the album's wicked spires envelops them like a fog of snakes, the listener finds themselves immersed into an hallucinating aural delirium of complete disembodiment and self-implosion, in which they feel simultaneously out of body and helplessly trapped and crushed within themselves at the same time.