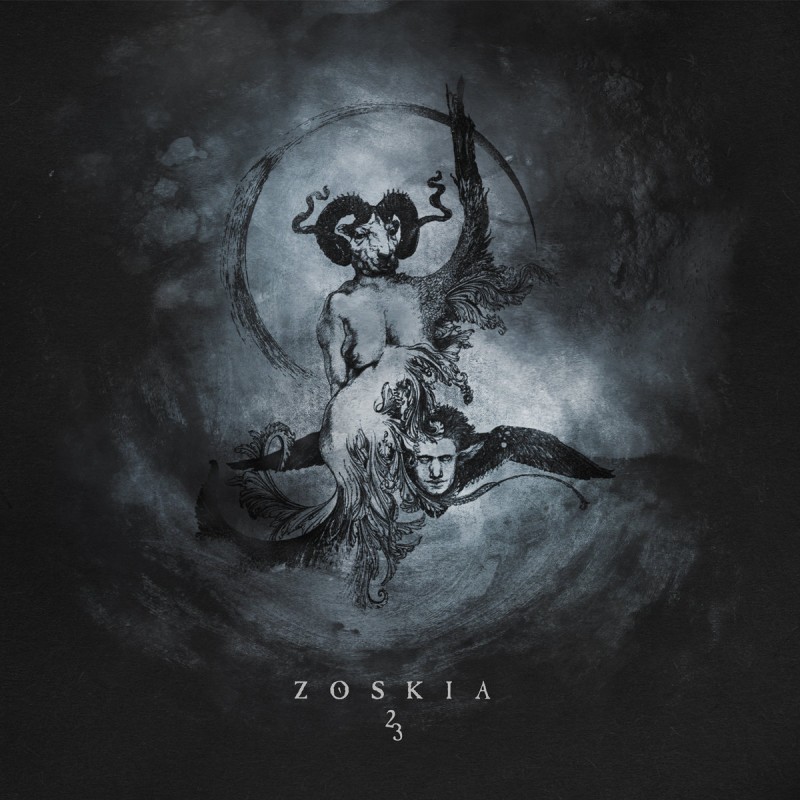 The final and complete anthology of ZOS KIA recordings known under title “23” now released on limited vinyl set with different artwork and remastered especially for vinyl by Martin Bowes(Attrition) on The Cage Studio. For this important part of industrial music history, we prepared two different version:

ZOS KIA was formed by John Gosling (MEKON), John Balance (COIL) and Min – with guest Peter ‘Sleazy’ Christopherson (THROBBING GRISTLE). Their one and only long-play album, Transparent, was released August 23rd, 1983 in a cassette the only edition on the now-defunct Nekrophile label, Austria. They were the first released recordings of both COIL and ZOS KIA. It was reissued years later by COIL (Threshold House / Eskaton) in an edited edition. Later, 2017, the entire recordings were reissued on CD/vinyl via COLD SPRING RECORDS. Definitely, “Transparent” one of the most legendary and important industrial releases of all times. But beside of “Transparent”, ZOS KIA released 2 EP vinyl and record several tracks for compilation as well as about an hour of unreleased material which was found in John Gosling archives.

Now the final and complete anthology of ZOS KIA recordings released under title “23” on 3LP in DELUXE Triple-Gatefold Set via INFINITE FOG PRODUCTIONS. 23 tracks, more than 2 hours of exciting material in various styles, was сarefully extracted and prepared for publishing by John Gosling himself, and artwork was done by Cold Graves. Well-known track in different forms, unknown, rare and unreleased composition, and many more for the deep diving into the esoteric underground music from 80th.

“23” is the long-awaited release for those who deeply in the old-school industrial music, collectors, rare-searchers and especially great gift for all COIL lovers.