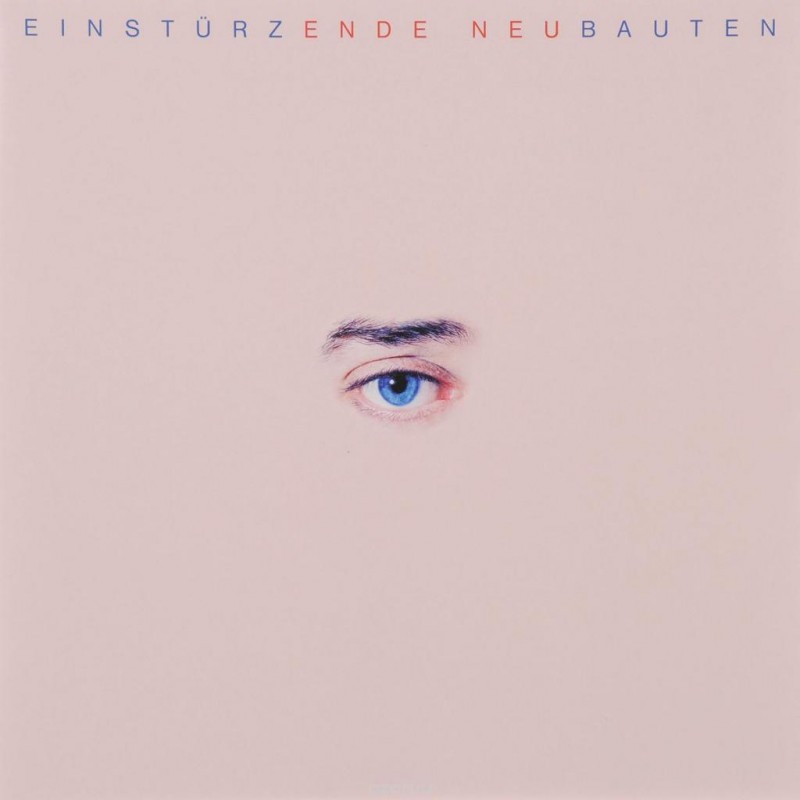 On the day of the band’s 16th anniversary, April 1, 1996, Blixa Bargeld wrote “Ende Neu” (Ending New), a text that immediately advanced to the title song of the Einstürzende Neubauten’s seventh album. This work marks one of the most important turning points in the band’s history to date, not only because of the strength of its almost prophetic words, but also thanks to some important musical developments as well as influential changes in band members.

Although the four composers leafed through their archives of the “industrialization” of modern music once again for this production, developing and bringing to light long-forgotten blueprints and chronicles for the most obscure sound makers of all times, the Einstürzende Neubauten’s compositions were never before as harmonious and lyrical as on “Ende Neu.” “Stella Maris,” a ballad performed in duet by Blixa Bargeld and Meret Becker accompanied by opulent string instruments, is probably noopener"he best known song that resulted from this reorientation. One of the first representatives in their new musical guild, this song helped the Einstürzende Neubauten to make the jump to MTV programming and the like.

As could be expected, the band’s new demeanor led to heated discussions among fans. Friends of the band who had remained skeptical until then quickly embraced the new sound, whereas supporters of the first album could no longer get used to the unusually conciliatory sounds. Nevertheless, the majority of fans accompanied them down the newly paved path, becoming grateful witnesses to what were probably the most sensational evolutions of the Einstürzende Neubauten since their debut of “Kollaps” (Collapse) in 1980. Even the press appreciated the work and primarily found words of praise for it. However, despite everything, the album also signified the end of the band’s long-standing configuration consisting of Blixa Bargeld, N. U. Unruh, Alexander Hacke and F. M. Einheit. F. M. Einheit left the group to devote more time to solo activities.
Now, a year before the Einstürzende Neubauten’s thirtieth anniversary and thirteen years after the debut release of “Ende Neu,” the album – with reworked artwork and enhanced by bonus material – is coming back into stores under the in-house label Potomak. The bonus track is “Bili Rubin,” previously available only on the single “Stella Maris.”