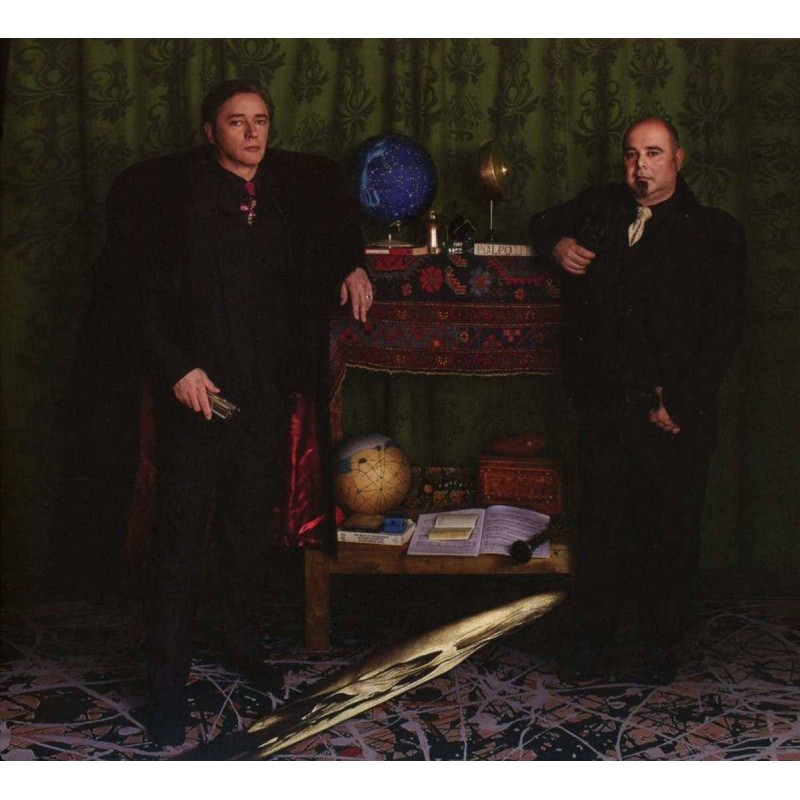 Nerissimo (The Blackest) is the title of their new album, the cover artwork was inspired from an astonishing painting from 1533 by Hans Holbein The Younger titled The Ambassadors. It’s a life-sized panel that portrays Jean de Dinteville, an ambassador of Francis I of France in 1533, and Georges de Selve, Bishop of Lavaur, who visited London the same year. The painting incorporates symbols and paradoxes, including an anamorphic skull and it delivers enigmatic references to learning, religion, mortality, and illusion that could be connected to the contents of Nerissimo.

Teho and Blixa return to the world, in spite of everything, with an album of new multilingual songs. The languages are german, english and italian and the song Nerissimo opens the album in english and, like in between two brackets, closes it in italian.

What you’ll be exposed to is a temporal passage between languages who connects intimately Rome and Berlin, the two cities where the album has been recorded.

An emotional crossing through the last three years of work together.

This record is also a nocturnal transfer, a diary of apparitions, it’s about colours that could transform the whole universe once you name them, a nocturnal flight with the lights off above european capitals.

Several found sounds ended up on the songs like a meteorite forcing them to readjust themselves to the sonic intruder.