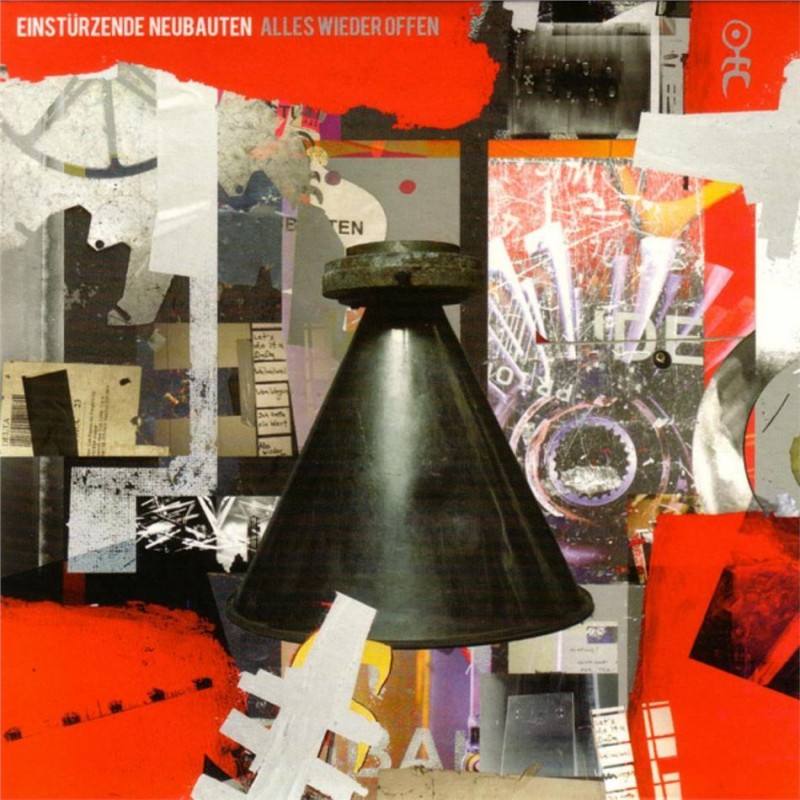 Einstürzende Neubauten’s music has always created its own cosmos, but with “Alles wieder offen” this cosmos is wider than ever before. And the stars within it are shining brighter.

Encouraged possibly by the title of the CD “Silence is sexy” of 2000, the word was that Einstürzende Neubauten have become calmer, quieter even. “Alles wieder offen” blows this assumption out of the water. It is in every aspect an urgent and compelling album. The reason for this is that the instruments do not, as they used to, exhaust themselves by a consumptive struggle against each other, but instead unleash a previously unknown fusion of conventional as well as Einstürzende Neubauten-typical instruments. Especially noticeable are the vibraphone, the hammond-organ and the clever string sections. After almost three decades the musicians here seem to be in a state of euphoria encouraged by their own seemingly endless possibilities.

Working outside normal record business market mechanisms, Einstürzende Neubauten have recorded a CD during an incredible 200 days in their own studio, whose subject is relocation, change, loss, vanitas or generally the passing of time, and which can still be called entertainment art. The album is a long glance back, a kind of self-assurance, and it reaches a point where “All (is) open again”. This might be positive, it might perhaps be frightening, but it is above all one thing: brave.

(Abstract of NO BEATUY WITHOUT DANGER by Thomas Kolitsch, July 2007)