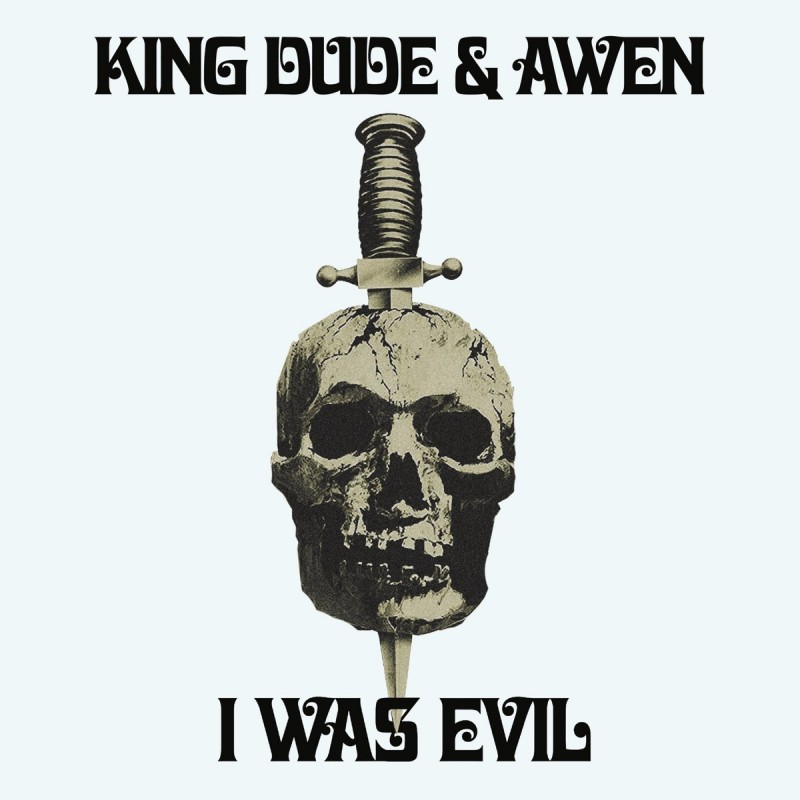 Strictly limited to 500 copies on oxblood 40g 7″ vinyl with sturdy cardboard sleeve and reverse board printed cover
TJ Cowgill (KING DUDE) and Erin Powell (AWEN):
Two American friends having a long conversation over whiskey and nicotine on a balmy Texas evening before a King Dude performance in Dallas, Texas. At one point TJ relays a story told to him by Zeena Schreck (née LaVey) wherein she could have effected some malice but on a whim decided not to, adding ‘but, that was back when I was evil’. That sentence was a springboard for a song idea.

The two projects came together to collaborate on this powerful 7” release “I Was Evil”, featuring the tracks “I Was Evil”, backed with “Sanctioned”!

“I Was Evil” features Katrin of AWEN’s vocal performance that is at the same time vulnerable yet formidable against the majestic and crepuscular music that KING DUDE fans have come to expect and love.
‘I wish that you could understand
How close I was to you
Back when I was evil…’
“Sanctioned” finds TJ of KING DUDE’s rich deep voice at the forefront supported by Erin of AWEN’s baritone, and driving guitars.