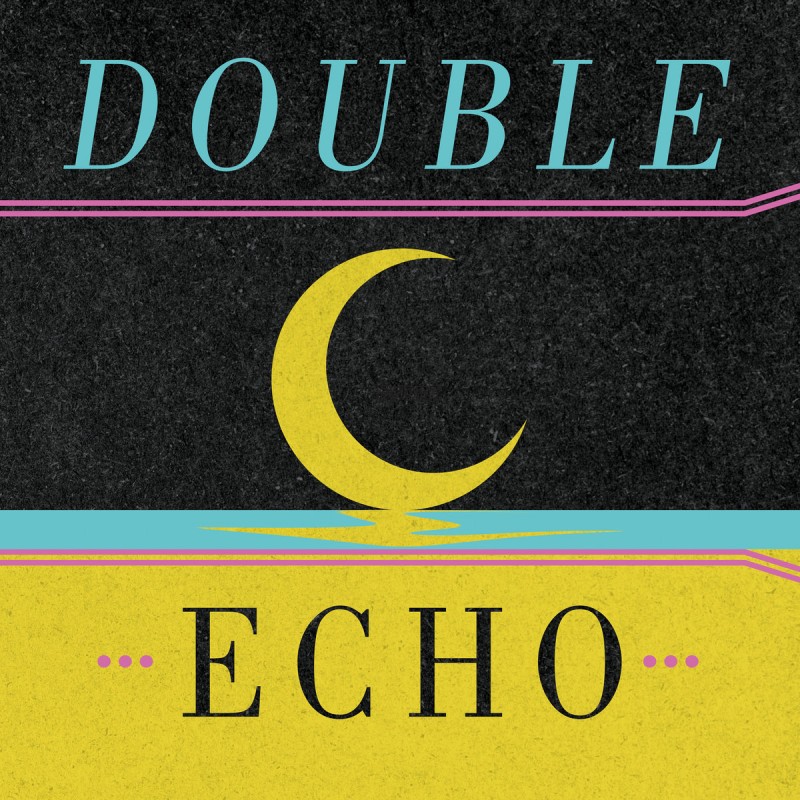 Only a simple crescent moon symbol is necessary, a bright entity in the night sky to illustrate its contents. Members Ash Lerczak, Chris Luna and Ellon Souter approach the new album with a pure pop mentality littered with dark undertones. It is synthpop sweetness with an edge, a glittering dream of neons and city lights... but not without the foreboding sense of danger ahead.

After the success of their single "The Bairn"—a song worthy of Anne Clark's rhythmic lacerations—☾ is an extension of that same mood of 1980s pop music with a pout, sullen but sure in its delivery. The ten tracks are primed for the clubs, reminiscent of the chilly and eerie melodies of Numan and Sharpe, or the synthpop accessibility of Celebrate the Nun or, further, new wave darlings Thompson Twins. However, post-punk guitars peek in at times to add a dismal atmosphere, much like their previous LP releases. Double Echo have morphed into what they were meant to be: music on the fringes of a passing storm, the cool colors of dawn.

Even though it's easy to compare Double Echo to the heroic synth-based music of yesteryear, the LP is a rousing reinterpretation of it, as proven in "Cruelty in Your Heart." With the use of unsuspecting pan flute synth sounds, Double Echo concocts a new form of synthpop that is far from tacky. The balance between guitars alongside bell and synth pads harken to the harmony achieved in instrumentation with mid-80s darkwave acts, and each track is as addictive as the next. "Fountain of Remembrance" is an epic song that's enveloped in a blanket of melancholy, and is reminiscent of John Foxx's upbeat hit "Dancing Like a Gun."

"Last Standing" is lush and tender, a triumphant song full of hope in its pastel daydream. The track "Melody Saw" introduces guitars at the forefront, as they gallop to the finish line alongside its punchy beat. "No Stars" is a song worthy of Altered Images, downcast but divine. And speaking of new wave acts, the voice of Phil Oakey of Human League is conjured for "Rendezvous" as they intertwine with spooky synth pads.

☾ reaches pop perfection with "Resilience." As a track primed for the dance floor, it is followed by the sorrowful "Sometimes We Are Strangers." Here, the band finds their darkwave groove that brings an additional goth-infused element to the overall feel of the album. "Spectre" is a brilliant song, a composition that would sound at home in a synthwave soundtrack—one to match a movie rife with images of night drives and cool ocean breezes.

Finally, "Verge of Tears" closes out ☾ just as strong as it began: full of desire and possibility. And while there is sadness laced throughout the LP, there's a brightness that holds prominence—Double Echo yearns for a future that is not so wretched.