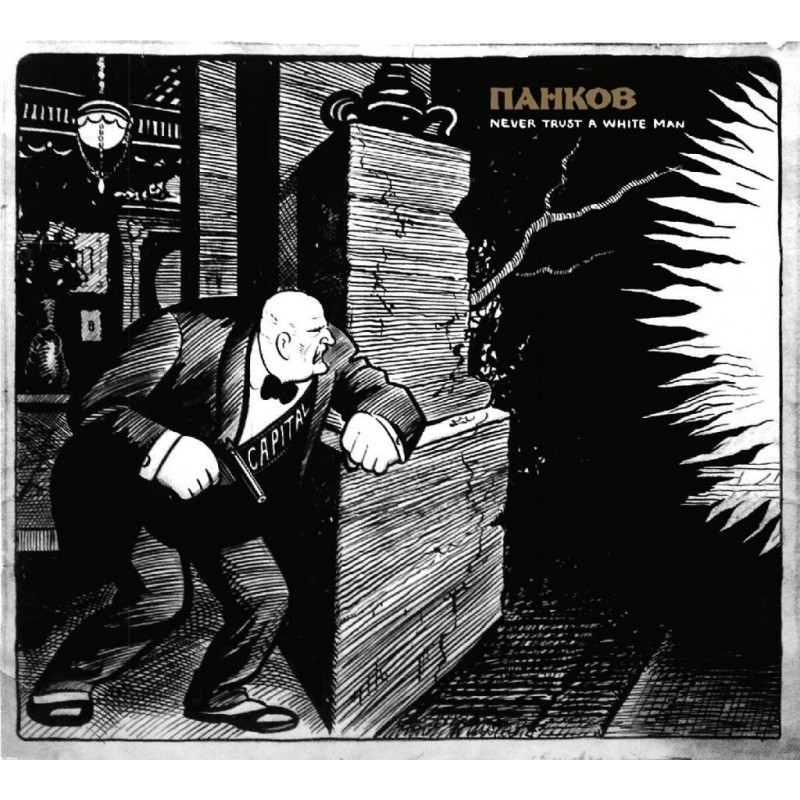 The new album will be out in 3 versions: CD, regular vinyl and limited coloured vinyl. Both Vinyl editions come with Gold lettering and Golden inner sleeve (all lyrics) and Vinyl labels. Originally planned for a July 17 release to coincide with Record Store Day, but several times postponed for a few weeks due to various technical problems, is the all new Pankow album, “Never trust a white man” - their first new album since their previous (double-) album on Out of Line ‘And Shun…’ [2013]. “Never trust a white man” has been written and recorded by FM (aka Maurizio Fasolo) and Pankow’s original singer Alex Spalck in Melbourne/Australia at Rosanna Studio and Daylesford at The Oak House Studio between 2016 and 2020. It was mixed and mastered in Firenze (Italy) at SSS Lola Studio in 2021.