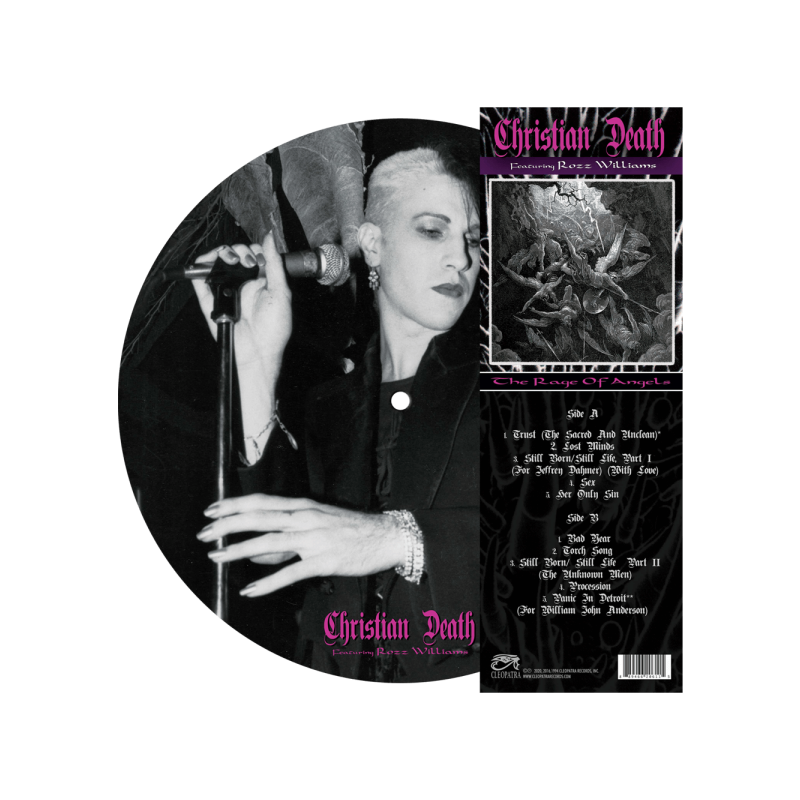 This album features Christian Death founder Rozz Williams and the lovely Eva O at their most powerful and hypnotic!

Includes the infamous cover of David Bowie’s “Panic In Detroit!”
Rozz Williams, having split with the second incarnation of Christian Death (with Gitane Demone and Valor) in 1985, decided to revive the name when Valor's band collapsed in 1989. They recorded a number of albums, but were forced to change their name to "Christian Death featuring Rozz Williams" when Valor took them to court over the rights to the name. Although Rozz, who had created the original version of the band in 1979, had always claimed ownership of the name, Valor won and continues to release material as Christian Death. Rozz and two of the original members of Christian Death (Rikk Agnew and George Belanger) eventually reformed on-stage, but any further plans for the reunion were cut short when Rozz Williams took his own life on April 1, 1998.