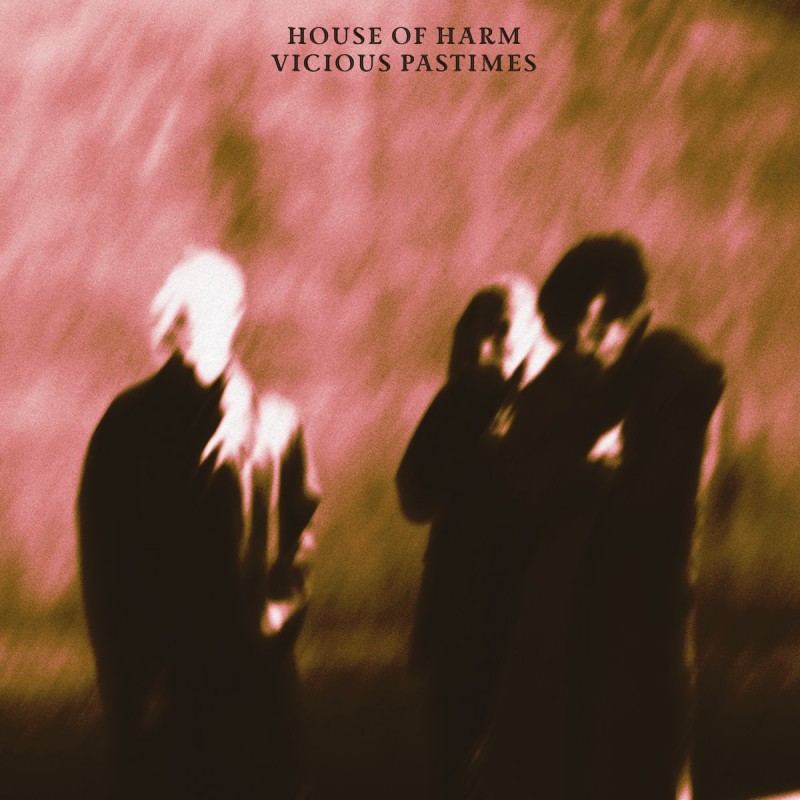 Boston is not exactly worldwide known for its coldwave or synth pop artists. Most of us know the Capital of Massachusetts because of its hardcore legacy that still continues today.
And yet, just like flowers in a rugged land, here comes House Of Harm, a post-punk trio whose new approach to the genre was showcased on their two tape EPs, earning them a cult international following as well as an imposing line up of supporting gigs opening for Editors, She Past Away, Lust For Youth, and The Cure’s Reeves Gabrels. Due on September 4 is their debut full-length Vicious Pastimes out on vinyl LP and digital format.
Nine songs where timeless melodies of Kiss Me Kiss Me Kiss Me-era Cure perfectly match French coldwave moodiness, enhanced by Cocteau Twins ethereal airiness and Creation Records seminal shoegaze sounds. Just enough light reaches House Of Harm's base layer, giving life to infectious hooks and unforgettable mantras. The gritted core of every song makes expansive moments of release cathartic, always tethered by commanding drums.
Check out the very first single they wrote Isolator and its melancholic synth pop refrain, or Against The Night whose darkwave is as claustrophobic as One Hundred Years. Catch sounds almost like a Sarah Records hit, while the title-track hurls us back into the bleak realms of the Sisterhood.
Different influences but everything is just in its place simply because House Of Harm are the rare band where you can feel every individual member's devotion to each song's world.

RIYL: The Cure, Depeche Mode, A Flock Of Seagulls, For Against, Drab Majesty.