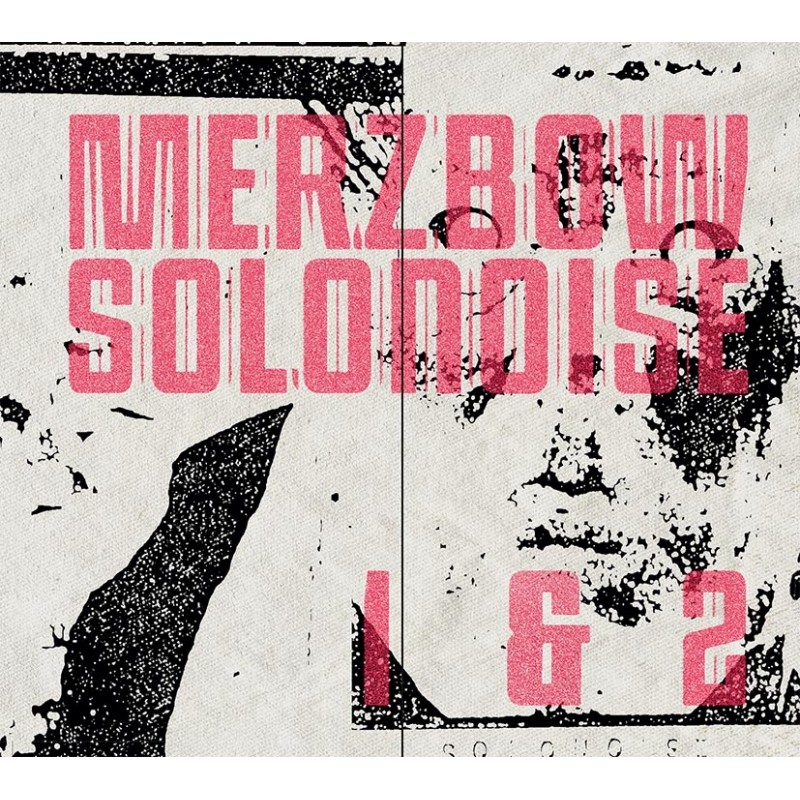 Merzbow re-edition of 2 historical tapes of the first Japanoise era!
Special guest on "Solonoise 1": Kiyoshi Mizutani.
This albums offers pure "ANALOG NOISE" with varied timbre and string, keyboard, percussion.
Inspired by DADA & Kurt Scwitters from which he took "MERZ" for his project name, this might be considered a New-DADA experiment....
These early tracks are not the overwhelming electronic noise that dominate their late 1980s & 1990s work but contain all the analog bluster their work employs with electronics, strings, keyboards, pipe (?), loops and snare drum.
True, earlyl sounds in the history of Japanese noise of the 20th Century.