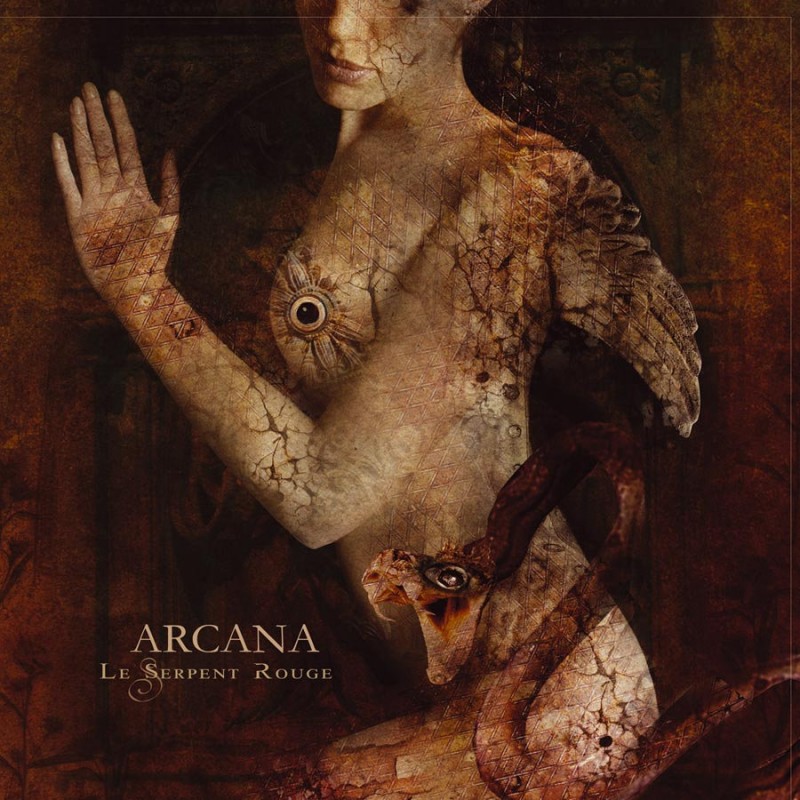 On their sixth full-length release, Sweden’s Arcana leaves behind ancient Western ruins and cathedrals for Arabian deserts filled with magic and mysticism. The sound of the Middle East flows through this amazing album; Armenian duduk, dulcimer, Egyptian finger cymbals, timpani and cabasa are just part of the musical arsenal on Le Serpent Rouge, taking Arcana to a higher dimension, exploring new melodies and realms. This is Arcana as you have never heard them before!

With their lush blend of spirituality and earthly emotions, Arcana has always been compared to Dead Can Dance. At Arcana’s heart is Peter Bjärgö who started over 10 years ago making music that captivated the ambient / neoclassical scene. The traditional sound with strings, bells and timpani, the angelic female tunes, Peter’s dark voice and the emotions behind the music have made Arcana one of the leading bands within this genre.

Now Peter boldly ventures into the hot Arabian desert, breathing life from the baking sun and the serpent’s dance. Le Serpent Rouge envelops the listener in a powerful rhythmic sensuality; one feels the sands of the desert slowly begin to swirl, twilight falls across the dunes and in the distance perhaps a lonely nomad’s fire burns . . . just beyond its reach, one can make out the subtle movements of a great red serpent . . . edging ever closer . . .