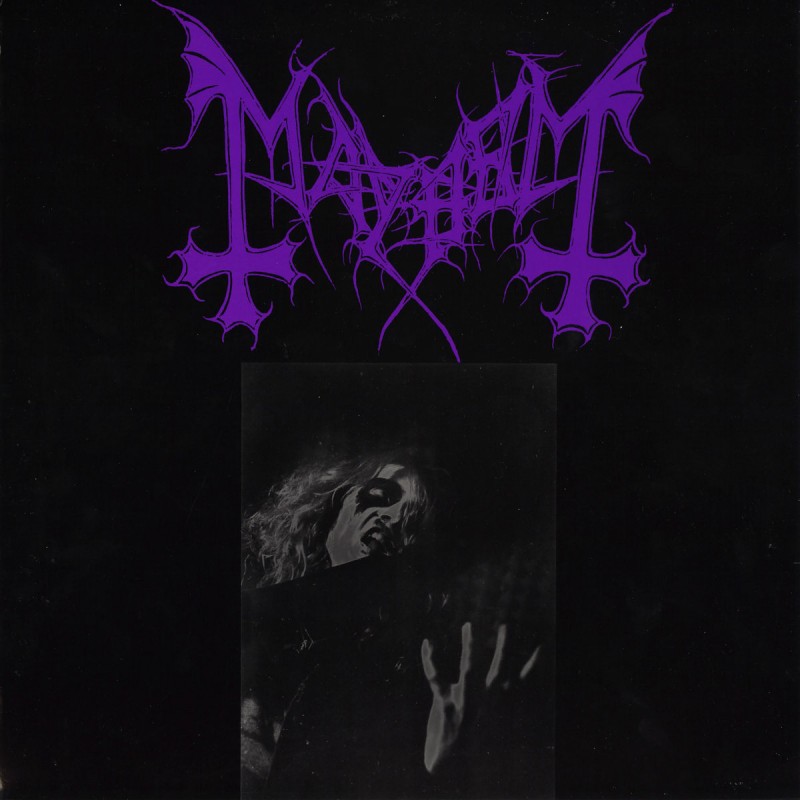 ◌ 25th Anniversary, limited edition reissue on purple vinyl to 1000 copies, also on black vinyl (this entry).
◌ Sleeve with original cover artwork of the 1st press in 1993.
◌ Includes 8-page booklet with liner notes and recollections from Hellhammer and Necrobutcher, notes from Metalion of the Kult Slayer Magazin, rare images, sketches, letters surrounding the event, interviews with Hellhammer and Necrobutcher performed by Finn Håkon Rødland, pictures of letters written by Dead and Euronymous, plus a tape of Live in Leipzig with custom made cover, made by Dead, courtesy of The True Mayhem Collection.
◌ Recorded live in Leipzig, Germany, on the 26th November 1990

Mayhem are one of the leaders of the black metal genre & inspiration for many black metal bands worldwide today, having existed for 30 years, with an often dark and tragic history giving them unrivaled infamy.

This classic Mayhem title includes a performance from the Leipzig show on November 26th 1990, featuring the seminal Mayhem line-up of Hellhammer, Necrobutcher, Euronymous & Dead. It is one of very few releases to feature this line-up - vocalist Dead committed suicide the year after the show, and guitarist Euronymous was killed in 1993.

Contains live renditions of tracks from the ‘Deathcrush’ release (1987) such as ‘Necrolust’ & the title track, and 1994’s landmark release, ‘De Mysteriis Dom Sathanas’, with songs including ‘Funeral Fog’ & the ultimate black metal classic, ‘The Freezing Moon’.