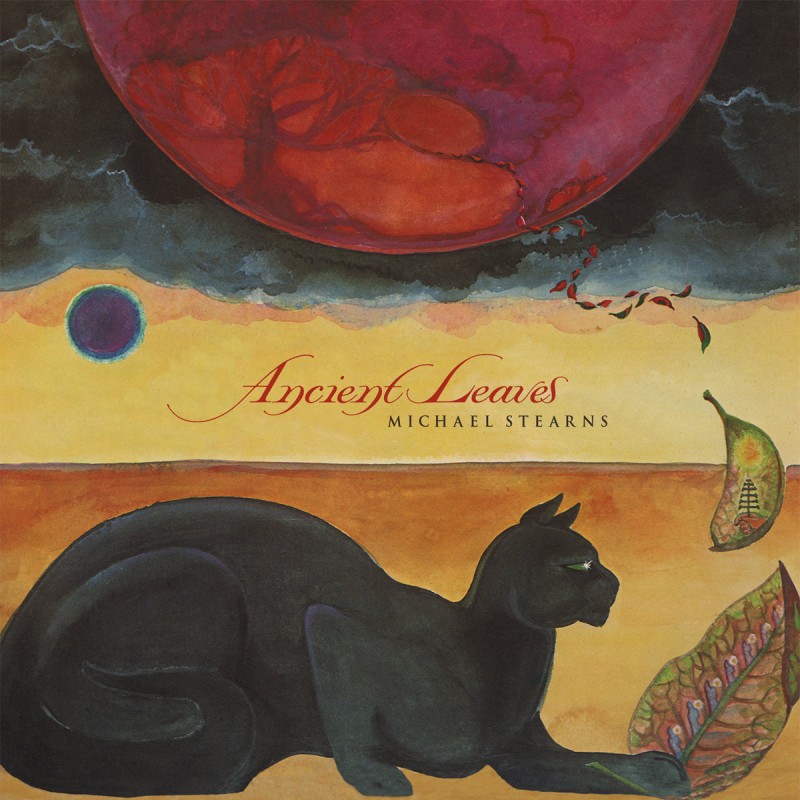 In 1975, Michael moved from Tucson to Los Angeles to study with Emilie Conrad at the Continuum Studio. Emilie had ‘live’ music for her ‘movement meditation’ classes, and Michael began performing with Fred Stofflet, Gary David, and Don Preston. Ancient Leaves (25:43) was Michael’s first album, recorded in 1976/77 with a Mini Moog synthesizer and a Finish lap harp (Kantele) onto 4 track tape. To the other instruments, Michael added Emilie chanting, an ascending choir with Susan Harper and Linda Olsen vocalists, Gregorian Chants and a night ambience recorded in the desert outside of Tucson, Arizona, his hometown. It was initially released on LP and cassette.
The ‘B’ side, Elysian E (23:13) was performed with an Arp String Ensemble played through an MXR digital delay, one of the first then slowed to half speed. To this, he added Moog and EML synthesizers, The Beam and his voice.