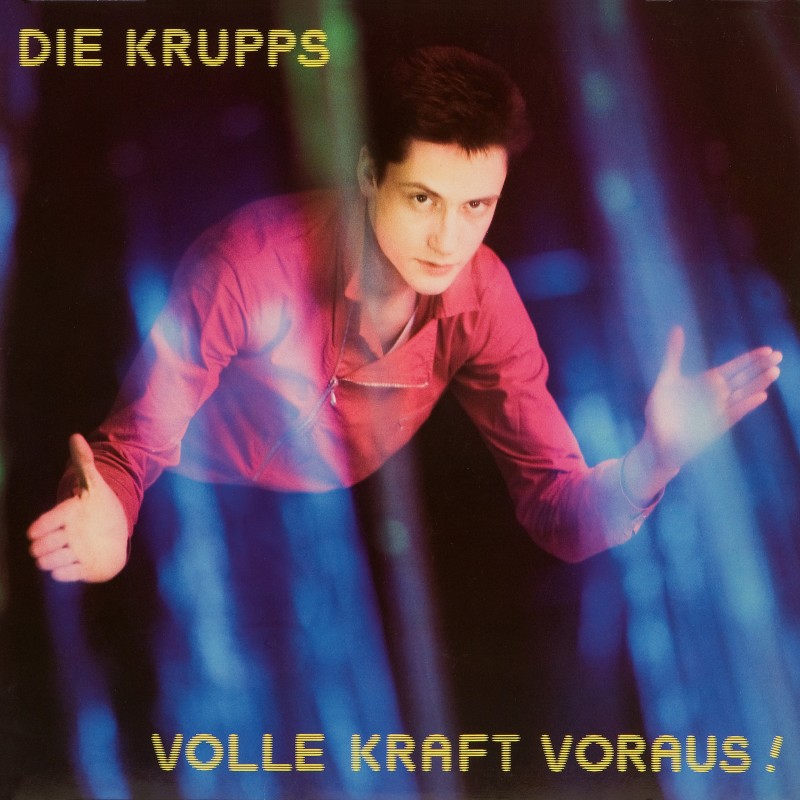 The band's name translates as "The Krupps" and comes from the Krupp dynasty, one of Germany's main industrial families before and during World War II. In some interviews, the band stated that Visconti's 1969 film The Damned, a depiction of the fictitious German industrial dynasty of the Essenbecks, was the main inspiration. The initial sound on the band's first album Stahlwerksynfonie, showed a mix of industry factory noises with metallic percussion and real instruments. Later on the Wahre Arbeit, wahrer Lohn EP and the Volle Kraft voraus! album in 1982 the band's sound moved toward a less experimental sound but rather a more synthesizer based sound while still keeping the metallic percussion. With the release of Entering the Arena the band almost virtually abandoned the metallic percussion and went for a more 1980s new wave sound. In the mid 1980s, Jurgen Engler went to work on his record label Atom-H, signing bands who played mainly thrash metal and hardcore punk. This influence would play a key part in the musical change in the 1990s.