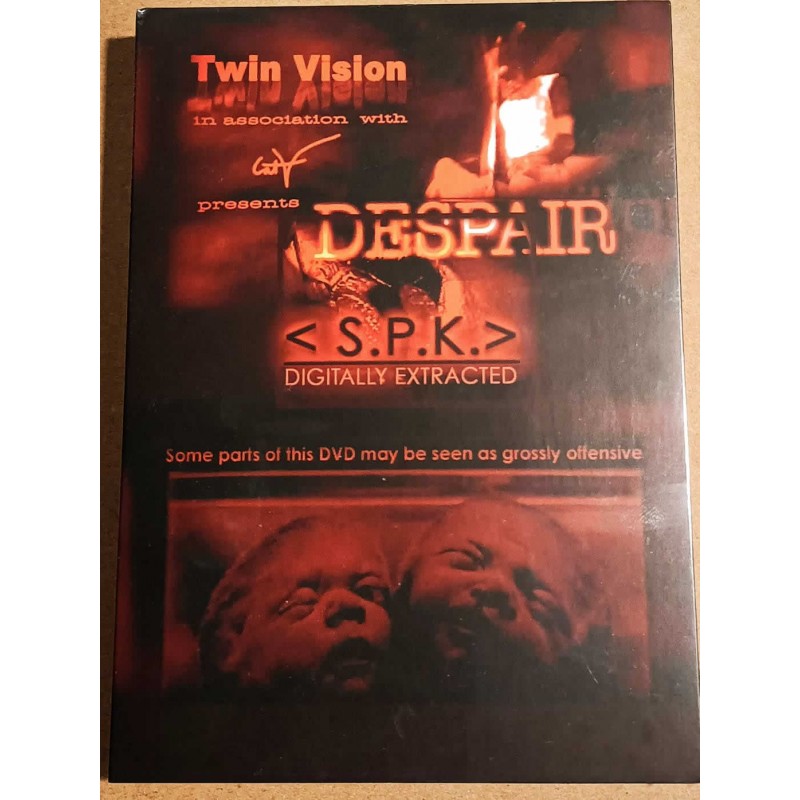 In 1982, SPK issued their 'music' video, Despair. Sold mainly via mail order, Despair quickly asserted itself as something of a cult item on the underground when publications such as Re/Search #10: Incredibly Strange Films began to plug it. In that volume, Frank Henenlotter, director of Basket Case, said: "When I saw the video I thought, 'What a fabulous thing; what a strange way of using music. Who would make a music video to such horror - with actual severed heads...'" Despair consists of 60 minutes of screeching, heavily distorted guitars, electronics, and various tape and vocal effects. The graphics mutate from a series of lines running up and down the screen, into a seemingly random cut-up of images, like scenes of a sex-shop, or an autopsy. The soundtrack drives onward, relentlessly. Sequences showing the mutilation of a dead cat (its eye gouged out and its tongue sliced off) and the unspooling of intestines from a cadaver's gaping abdominal cavity, are intercut with footage of SPK performing live. The frontman, in bondage mask and swastika armband, bites meat from a rancid horse's head. Slides of death camps, brain operations, foetal deformities and pathological specimens take the video to its conclusion and infamous mortuary footage. An individual, seen only as a pair of industrial-gloved hands, manoeuvres a detached head to perform clumsy fellatio on a penis protruding from the severed, lower extremities of a corpse. The head is replaced by a skeletal hand, woven with strings of yellowed tendon and gristle. This appendage simulates masturbation of the grey member. Hailing from Australia, SPK were one of the first wave of industrial noise groups. Throbbing Gristle's label, Industrial Records, put out a 7" EP of theirs (one track of which, Slogan, appears on the video) and rumours abound that band members