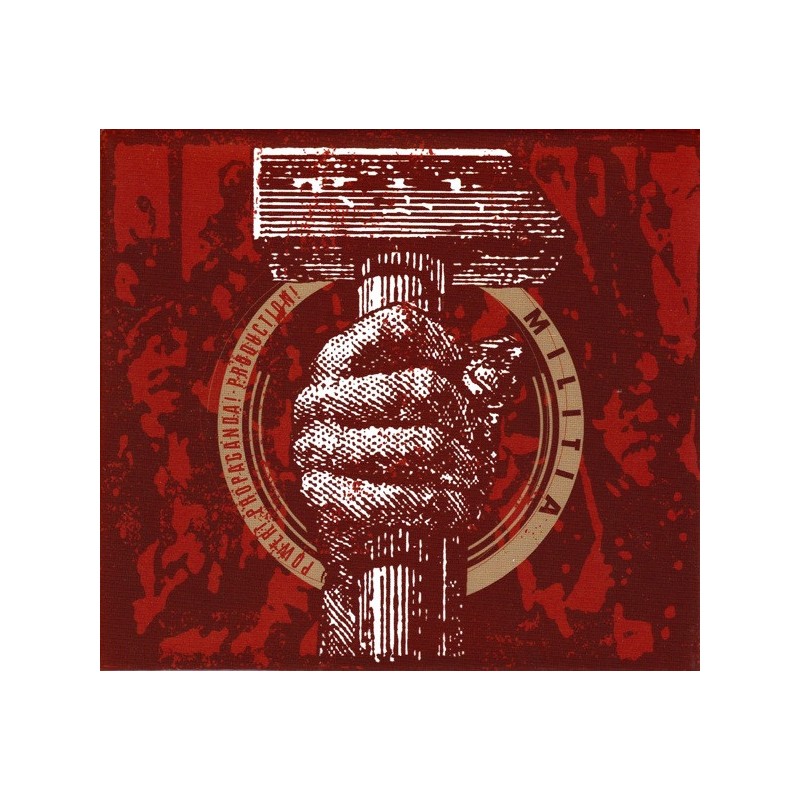 Released in a deluxe cardboard box with an 8-page booklet and a MILITIA politburo mini-poster.

MILITIA is a Belgian Eco-Anarchic industrial band, founded in 1989 by multi instrumentalists Frank Gorissen and Jo Billen. Most of their percussion instruments are made out of oil barrels, old metal parts from cars, machines and scrap material. They combine these self-made instruments with conventional drums, toms and cymbals. The band members also play a variety of wind instruments (self-made and others) and tools. Their show is completed with the projection of documentary films and slides